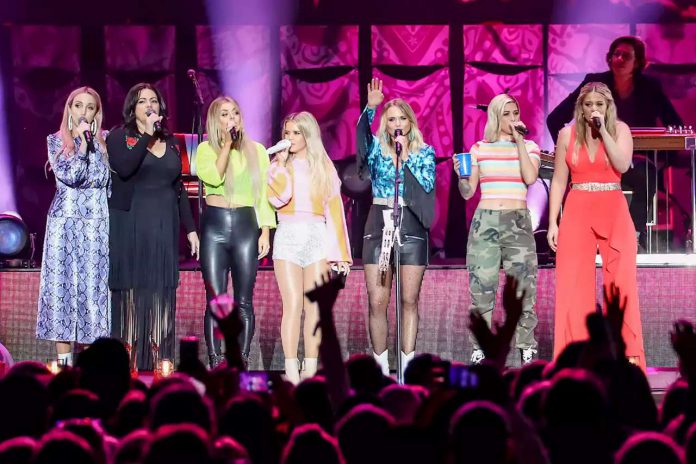 Ashley Monroe
to help close out Lambert’s set with a rousing cover of U2’s “I Still Haven’t Found What I’m Looking For” as seen in a new video.
“I can’t believe I get to sing up here tonight with these badasses,” says Lambert, who also
to
Rolling Stone
that she’s been working on her upcoming album with Eric Church producer Jay Joyce. The LakeShake clip jumps back and forth between the stage performance and their backstage rehearsal, showing the women as they carefully develop their harmony parts and select solo sections. Lambert stands at the center of it all and offers feedback, like a choir director working on a sophisticated arrangement.

What shines through is all the individual personalities and vocal styles, each one remarkably distinct from the next.
In September, Lambert will revive her
, a name she’s used on multiple occasions since launching her career. This time around, she’ll be accompanied by a rotating cast of women, including Morris, Pistol Annies, Elle King, Tenille Townes, Ashley McBryde, and Caylee Hammack.
In This Article: