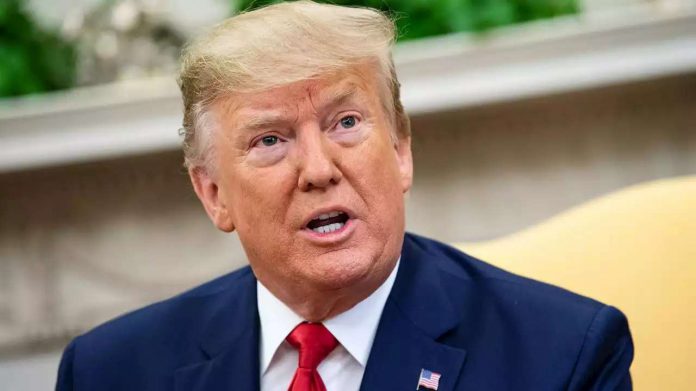 The appeals court said it was “not persuaded” by Trump’s claim he’s using Twitter as a private citizen.

President
Donald Trump
can no longer shut down his Twitter critics with one click of the “block” button. A federal appeals court ruled Tuesday that Trump’s penchant for blocking his Twitter foes officially violates the First Amendment, as his Twitter account—which the president claimed in court was “private”—is an official “digital forum” that must remain open to Trump’s allies and critics alike. “The First Amendment does not permit a public official who utilizes a social media account for all manner of official purposes to exclude persons from an otherwise‐open online dialogue because they expressed views with which the official disagrees,” Circuit Judge
Barrington D. Parker
opinion
for the court.
The appeals court ruling upholds a previous federal district court ruling in favor of the Knight First Amendment Institute at Columbia University, which brought the lawsuit on behalf of seven Twitter users who were blocked by the president after making anti-Trump comments. (“To be fair you didn’t win the WH: Russia won it for you,” plaintiff
Rebecca Buckwalter
tweeted
at Trump, prompting her block.) Trump’s legal team claimed that the president’s Twitter account, which was established in 2009 when Trump was a private citizen, “is exclusively a vehicle for his own speech to which the Individual Plaintiffs have no right of access and to which the First Amendment does not apply.” To which Parker replied: “We are not persuaded.” The judge pointed out that the president’s Twitter account is frequently used for official presidential proclamations, from announcing presidential appointments to going against the Supreme Court on the Census.

Former press secretary
Sean Spicer
even said the president’s tweets should be considered “official statements by the President of the United States,” while Trump himself has
described
his use of social media as “MODERN DAY PRESIDENTIAL.”
“The fact that any Twitter user can block another account does not mean that the President somehow becomes a private person when he does so,” Parker wrote. “Because the President, as we have seen, acts in an official capacity when he tweets, we conclude that he acts in the same capacity when he blocks those who disagree with him.”
The Justice Department has not yet determined whether they will appeal the ruling to the Supreme Court; spokeswoman
Kelly Laco
New York Times
the administration was “disappointed with the court’s decision and are exploring possible next steps.” The Knight First Amendment Institute, meanwhile, celebrated the court’s decision as an important ruling in determining how public officials use social media going forward. “This decision will ensure that people aren’t excluded from these forums simply because of their viewpoints, and that public officials aren’t insulated from their constituents’ criticism,” director
Jameel Jaffer
said in a statement. “The decision will help ensure the integrity and vitality of digital spaces that are increasingly important to our democracy.”
Tuesday’s ruling marked the latest consideration in the courts of how the First Amendment applies to social media. The Supreme Court’s June

The 8 best Scandi crime series to binge-watch on Netflix