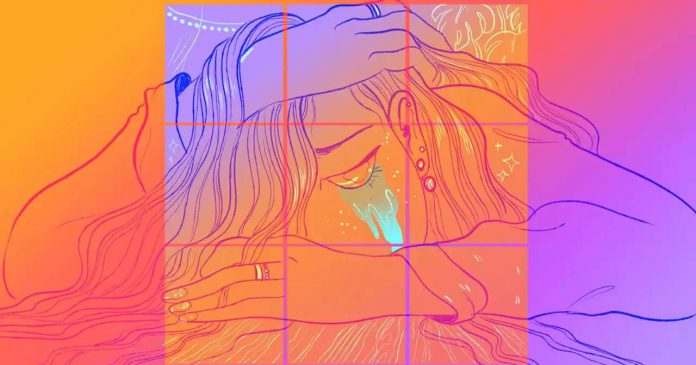 Lost Marbles
, about her severe bipolar disorder.
In these jaded times, meme-ing, tweeting, instagramming, and tik-toking about anxiety and depression isn’t just for coping. It can act as a guise of honesty — especially to youth desperately seeking authenticity and connection in a virtual social environment that tends to distort it.
That’s not to say we shouldn’t or can’t talk openly about mental health issues online. But Tracy believes that the popular social media discourse around mental health is often too far from the truth to be helpful.
“There’s this group think that starts to believe that’s all mental illness is: some mild anxiety and a breathing exercise,” she says.”It normalizes a version of mental illness that isn’t realistic for those of us who actually have serious mental illness. Someone with severe anxiety disorder is going to need a whole heck of a lot more than breathing exercises, you know.”
SEE ALSO:
The ‘Like’ doesn’t mean what you think it means
However, what may seem mild from the outside can feel severe to the person experiencing the symptom, and the only real judge regarding impact can be a mental health professional.

The problem then isn’t that more people are sharing their mental health experiences on social media, but that some people are glorifying or misappropriating those issues without proper context. Obviously, there are also layers of nuance and degrees to what kind of social posts lead to serious harm.
Two key factors involved in the most potent and dangerous posts, according to the University of Balamand study are aesthetic visuals and a person to identify with. That’s why the research centered on image-heavy platforms like Tumblr and Instagram, since they illicit the biggest responses and are also the most heavily used by teens, who are particularly vulnerable.
While the study didn’t account much for video, the researchers believe that those key factors are heightened by that type of content. Since the study published, Tumblr has fallen out of popularity, but young influencers have flocked to Tik Tok and Snapchat. Those platforms are designed for video content that makes followers feel a personal connection to the creator, to see them as aspirationally relatable.
And that can be particularly dangerous.