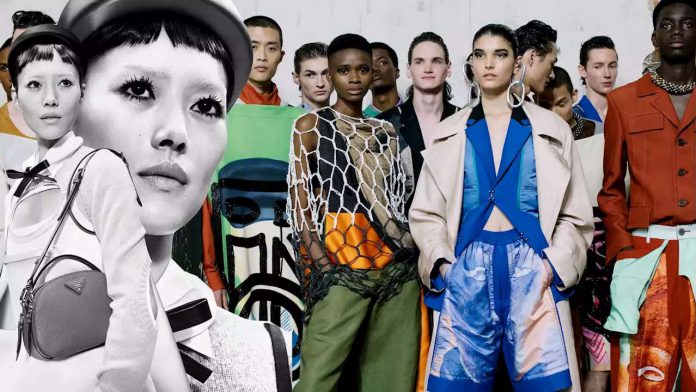 Italy is an increasingly attractive destination for Chinese luxury consumers, some of whom are put off by other popular destinations due to the US-China trade war, Hong Kong’s anti-extradition demonstrations and France’s ‘gilets jaunes’ protests.

ROME, Italy —
Search for ‘Italy’ on Xiaohongshu — Millennial China’s favourite app for fashion, beauty and lifestyle recommendations — and the platform returns over 300,000 results.
Top performing posts include a photo-taking plan for Audrey Hepburn wannabes looking to recreate iconic scenes from “Roman Holiday,” and tips for scoring deals via loyalty programmes at Italian department stores. One user gives a lesson in avoiding thieves in Italy — the key, according to @qveve, is to avoid wearing showy accessories and to take luxury shopping bags back to hotels immediately after each shopping spree.
Itay travel tips from Xiaohongshu users @羊小咩的小本本 @小美游 | Source: Xiaohongshu
According to Chinese travel service provider Ctrip, Italy came second among countries for customised tours and general European destinations last year, outranked only by World Cup destination Russia. Violence seen at the”gilets jaunes” protests in France likely boosted Italy in the rankings for many Chinese tourists.
“More Chinese tourists are visiting Italy as we don’t have any intense political issues right now,” says
L’Officiel Italia
Contributor Giorgia Cantarini. While the country’s economic stagnation and populist divisions are very serious, they haven’t yet negatively impacted tourism. This is in stark contrast to other popular travel destinations for Chinese shoppers.
“Tourists [in other locations] have surely been affected by the fact that there has been instability,” says Mario Ortelli, managing partner of Ortelli & Co.
It’s not just European cities. Earlier this month, Beijing issued a US travel warning due to alleged reports of interrogation and harassment of Chinese tourist at US customs. Meanwhile,
anti-extradition protests
continue on the streets on Hong Kong — one of mainland China’s preferred shopping haunts. For many, such circumstances could prompt a change of plans: according to Nielsen and Alipay’s survey on outbound Chinese tourism and consumption trends, 47 percent of Chinese respondents stated that safety would affect their choice of destination.
When faced with a choice between comparatively risky or hostile destinations, Italy is emerging as the tonic that many Chinese luxury consumers need.
When in Rome
According to Buzz Travel, the total number of transactions by Chinese consumers in Italy has increased by 188 percent between 2017 and 2018. Data from Planet Payment pertaining to Chinese New Year shows that while both France and the UK saw 9 percent decreases in in-store sales year-on-year, Italy saw a 22 percent boost.
Beyond travel and retail, bigger forces are at play. In March, Italy became the first G7 nation to endorse Beijing’s $1 trillion Belt and Road initiative — President Xi Jinping’s mega-plan to build a new Silk Road with Chinese investment muscle. Days later, Ctrip, which boasts three million registered users, inked a deal for strategic cooperation with the Italian tourism board, as well as regional Italian destinations and tourism associations. The company’s Chief Executive Jane Sun called the company a modern day “Marco Polo,” bringing the world’s most financially powerful outbound visitors to Italy’s cultural offerings.
8.7 percent of the Chinese population held passports in 2018, but passport holders are expected to double by 2020.
The same month, Italy’s search popularity in China increased 28 percent month-on-month, data from Chinese online travel platform Mafengwo shows. “We remain positive with growth [in Italy], especially after Xi’s visit earlier this year,” a Ctrip spokesperson tells BoF.
Buoyed by Chinese spending across luxury and tourism sectors, visits are expected to increase in the coming months. While Ctrip recorded almost two million Chinese tourist visits to Italy last year, numbers are expected to soar — it was estimated that 8.7 percent of the Chinese population held passports in 2018, but passport holders are expected to double by 2020.
And as more Chinese tourists head to Italy, retailers and luxury brands are set to reap the rewards — according to Bain & Company, Chinese are behind around one-third of global luxury purchases, and 73 percent of this happens outside the country.

Italian retailers are already responding to this appetite for luxury, with the likes of La Rinascente introducing WeChat accounts, Mandarin-language services and adopting mobile payment platforms Alipay and WeChat Pay. Even online players are also hoping for a slice of the action: last month, Florentine luxury e-tailer Luisa Via Roma inked a partnership with Chinese e-commerce giant Secoo — a key step in the company’s expansion into China’s luxury market.
A Two-Way Street
Though it has dominated the dialogue so far, Chinese luxury consumption is only one part of the equation in the relationship between China and Italy. Some players are hoping to balance out the scales.
“We usually talk about China in terms of how it’s a key market for Italian and global fashion, but it’s not only a market of consumers interested in Western fashion,” says Pitti Immagine’s General Manager Lapo Cianchi. “The conversation has become too simplified.”
Guest Nation China designers at Pitti Uomo | Source: Courtesy
This month, menswear tradeshow Pitti Uomo hosted 10 emerging Chinese menswear brands to Florence as a part of its Guest Nation project in partnership with Shanghai Fashion Week and local designer incubator Labelhood.
“This debut proved that the Chinese are ready for the international market,” says the Riccardo Grassi showroom’s eponymous founder. “China will show the world that they’re able not only to be a production and manufacturing country but also the nest of cool designers that [are] beloved by young clients.”
In the Guest Nation space, designers on show to global press and buyers included BoF China Prize finalists Pronounce and Staffonly and up-and-comers 8on8 and Danshan, which along with an exhibition featuring the works of photographer Leslie Zhang drew over 3,000 people to the space daily.
A runway show by Pronounce marked the first time a Chinese designer took the stage at Pitti. In the show, models sported silks and denims printed with Xian’s terracotta warriors, and updates of the brand’s signature denim.
Alongside Labelhood’s
Tasha Liu
, the project was conceived by V/Collective’s Managing Director Vito Plantamura as an antidote to the Italian fashion industry’s lack of knowledge of Chinese talent. “I’ve lived in China for years and grew tired of talking about the local fashion industry only to be told that it’s not on the same level as Europe.” Plantamura thought that the time was right for Pitti Uomo to pave the way for a stronger China-Italy bond given wider global currents. “When you host a country, it’s not just about design or fashion…there are several elements that made it the right moment for this project.”
Pronounce’s runway show at Pitti Uomo | Source: Courtesy
Cianchi reckons that this change has already taken place. “The Italian fashion community has developed a deeper awareness of the fact that China’s production landscape isn’t singular, and I think that’s become clearer to us over the past three, five years.”
But outside of this community, many still subscribe to outdated generalisations. “There’s still stigma around the ‘Made in China’ label, and I think it’ll be a couple of years before people can realise that Chinese designers aren’t working with bad materials and production methods,” says Cantarini.
In the meantime, events such as Pitti could be the key to ensuring that the China-Italy axis benefits Chinese designers as well as Italian brands. “There’s a lack of information between the two countries,” adds Plantamura. “We need to create more connections between them, and I think that events like these are the solution.”
时尚与美容
A guest outside Dolce & Gabbana’s show in Milan | Source: Getty Images
Dolce & Gabbana Falls 140 Places in Asian Brand Ranking
Chinese consumers haven’t forgiven or forgotten. Dolce & Gabbana’s reputation in the mainland still hasn’t recovered from last November’s

The stylish 50 flats I get co