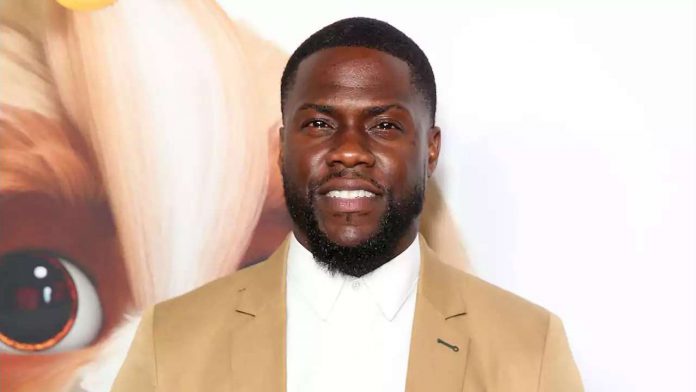 ‘Hart to Heart’ will feature the comedy megastar and celebrity guests in ‘no-holds-barred interviews’ to be taped before live audiences at the Montreal comedy festival.

EMAIL ME
Don Arnold/WireImage
‘Hart to Heart’ will feature the comedy megastar and celebrity guests in”no-holds-barred interviews” to be taped before live audiences at the Montreal comedy festival.
While the 2019 Academy Awards never got Kevin Hart as a host, the Just for Laughs festival will as the comedy megastar is set to debut his new Laugh Out Loud network talk-show format,
Hart to Heart,
in Montreal later this month.
Hart will interview Trevor Noah, Howie Mandel and two other still-to-be-named celebrity guests before live audiences for his new one-on-one TV interview show to stream on his online network.
Festival organizers promise “no-holds-barred” exchanges for the July 27 live tapings.

Hart’s decision to vacate the Oscars hosting gig after homophobic tweets he made from 2009-2011 resurfaced online may come up during the
Hart to Heart
interviews.
Hart and Lionsgate launched Laugh Out Loud in August 2017 stateside, and the online comedy network is expanding internationally with a slate of several comedies, unscripted series and licensed programs.
Besides comedy touring, Hart has remained busy on the acting front. He will star in Lionsgate’s live-action
Monopoly
movie, and he has a starring role in the Sony family film
Fatherhood,
with his HartBeat Productions producing both projects.
And Paramount and Hart have teamed up to develop a remake of
Scrooged,