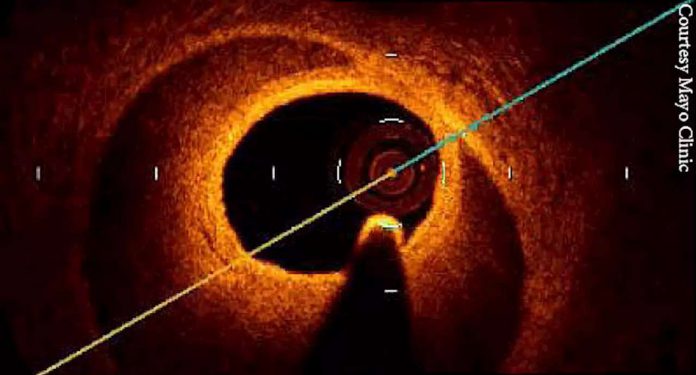 While rare, more than 90% of people who suffer a SCAD heart attack are women, and it’s responsible for 40% of heart attacks in women under the age of 50.

. They are also told to avoid high-impact and high-intensity sports and heavy lifting that causes strain — things like bodybuilding or shoveling snow.
Latest SCAD Research
As recently as 2009, Hayes thought SCAD was too rare to study. But then she met two patients who told her an online SCAD community had grown to 70 women. Hayes connected with them and started a pilot study that has since enrolled nearly 1,100 women and men into a SCAD registry. Mayo’s SCAD clinic now sees 12 to 15 new patients each month.
“For sure we are recognizing it more. It’s being diagnosed more frequently, but we don’t think it’s happening more frequently. We think we were missing 80% of the cases before,” Hayes says.
Hayes’ work has led to several discoveries about the condition. They include:
Survival rates are much better than first thought.
Doctors used to view SCAD as frequently fatal but now think the mortality rate is low, ranging between 1% and 5%. But SCAD happens again more than previously believed, returning in more than 20% of people followed for a decade. Early and proper diagnosis is crucial to save lives and prevent sudden cardiac death.
Standard heart attack treatment isn’t best.
Doctors often treat SCAD with a combination of aspirin and an anti-
medication, observe them closely for early complications, and have them participate in a cardiac rehabilitation program.

Most patients recover in weeks, although depending on how quickly they were diagnosed, there may be lingering heart damage.
Heart attack patients often get
stents
implanted to open their blocked arteries. That isn’t recommended for SCAD because stents can make things worse — the artery that’s torn is fragile and procedures can extend the tear. Hayes says most people with SCAD do well with medications and the artery generally heals on its own over weeks to months.
Unfortunately, that’s not what happened with Hensley. Doctors put stents in her arteries because they felt she would die without that intervention. But she had five more SCADs in the first 6 months after the procedure, which doctors later told her could be a complication of the stents.
It’s all taken a toll. Hensley’s been told continued damage could mean a heart transplant will be in her future, but for now, her heart is strong and her heart function is good, so she tries to stay focused on the present.
“I just can’t let myself worry about what life is going to be like,” Hensley says. “What I have right now is the only thing that matters: My time today and my children.”
There are triggers.

Blake Shelton Says Having Gwen Stefani Back on ‘The Voice’ Feels...