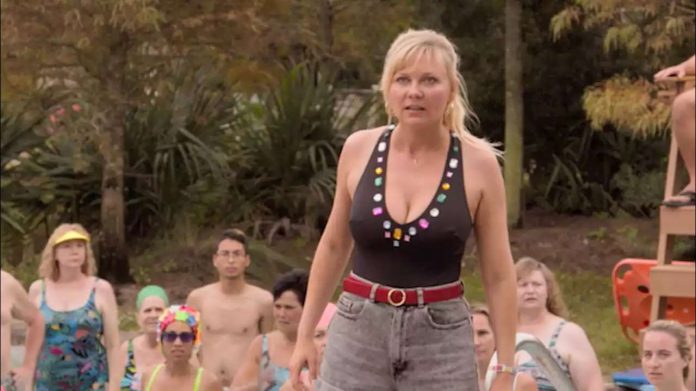 If you want to be an A-lister, then you need to “look at where you are and think about what you wanna be,” according to Kirsten Dunst’s
On Becoming a God in Central Florida
character. In the new trailer for Showtime’s forthcoming dark comedy series, we meet Dunst’s Krystal Stubbs, a minimum-wage-paid worker who climbs her way up the ladder of a multibillion-dollar pyramid scheme, Founders American Merchandise, by lying, scheming and cheating her way to the top in search of the American Dream.
As Stubbs works her way up through the company, which is run by Ted Levine’s Obie Garbeau II, she develops a twisted relationship with its loyal follower Cody, portrayed by Théodore Pellerin (
Boy Erased
), and her actions begin to affect the lives of those around her.

You’re going to have to act fa