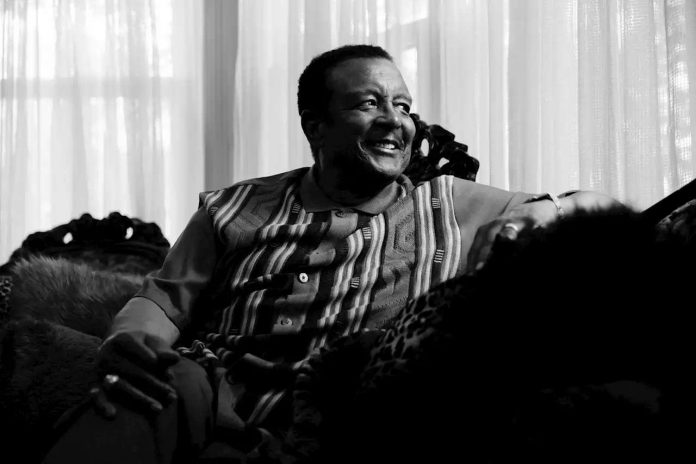 Willie Hightower hadn’t made an album since 1969. Then a phone call out of the blue led to a stunning comeback

Sam Cooke
. The gospel phenom had traveled to Hightower’s Gadsden, Alabama, hometown with his gospel group, the Soul Stirrers. Hightower, who grew up singing in church, was just a teenager when he met Cooke in the mid-late fifties, but his life would never be the same after getting to speak with the soon-to-be pop superstar
.
“It was the thrill of my life,” he says of his meeting with his hero. “He’s been my idol ever since.”
Related
Sam Cooke’s Murder, Alleged Cover-Up Gets Re-Examined by Netflix Series
A few years after meeting Cooke, Hightower began singing for a living, and by the late Sixties he had scored a couple of minor R&B hits. He signed with Capitol and eventually began recording for Rick Hall at FAME Studios in Muscle Shoals. His biggest hit, in 1970, was a swaggering R&B rendition of Joe South’s country-soul staple “Walk a Mile in My Shoes.” During the singer’s brief heyday, he appeared at New York’s Apollo Theater and performed with everyone from B.B. King to Clarence Carter.
Hightower was a sweet-voiced balladeer, very much in the mold of his idol Cooke. But his career began to falter as his style of Southern soul fell out of favor in the Seventies. His planned full-length album with Hall never materialized, and Hightower would never release a charting hit again. “I was disappointed, I sure was,” the singer says today. “I really had my mind set on being a star.”
Instead, Hightower, who has lived in Gadsden his whole life, settled into his role as a regular on the Chitlin Circuit. “Willie was big on the music scene in Gadsden, in Alabama and Georgia and Tennessee and Mississippi,” says fellow Gadsden native Matthew Knowles, Beyoncé’s father – who, it turns out, is a first cousin of Hightower’s late wife. “He had some real name recognition in that area.”
Hightower kept singing throughout his middle age, touring with a new iteration of the Drifters for roughly 15 years and later forming a family band with his five daughters, before eventually starting a real estate company. Today, he lives a quiet life taking care of his 93-year-old mother at his Gadsden home, which he purchased in the late Sixties. “There was a time when I just gave up on it,” Hightower says of his solo career. “I decided I would do something else.”
Then, one day in 2016, 47 years after he released his one and only proper studio album, he received a phone call from the legendary R&B producer Quintin Claunch.
“‘Would you be interested in doing another CD?” Claunch asked.
“Why not?” Hightower responded. “I’m not doing anything.”
For Hightower, the phone call came as a joyful surprise. “I was thrilled,” he says. “It made me feel good because I hadn’t recorded in a while.”
Photograph by Diwang Valdez for Rolling Stone
Last fall, Hightower released
Out of the Blue
, an understated master class in country soul, smooth balladry and classic southern R&B. The album, co-produced by Claunch, features a mix of covers and originals written by songwriters including country star Chris Stapleton and NRBQ’s Al Anderson. “I had always thought that one day someone would give me a chance to succeed,” he says. “I just didn’t know when.”
But despite early accolades,
Out of the Blue
has yet to find an American audience. Eight months after being released in the U.K. by the British archival reissue label Ace Records, the album has not even been released in the States (although it is available to stream). “It’d be nice to have distribution in the States, but things have changed since the old days,” says Claunch, the 97-year-old producer best known for producing Al Green and James Carr, and for helping form influential Sixties R&B labels Goldwax and Hi Records in Memphis during the genre’s heyday. Even though, half a century later, genres like Americana have created a viable marketplace for retro-soul newcomers, many of the genre’s surviving originals still struggle to reach an audience.
Many American roots artists of the Fifties, Sixties and Seventies who remain active are far more popular overseas than at home. Hightower, who has earned a cult following in Japan and Europe after a reissue compilation of his music was released in 2004, is no exception.

Nevertheless, the singer has reason to remain hopeful about his second chance on breaking through in his homeland. A few of his obscure Seventies singles have been streamed several hundred thousand times on Spotify, and he has recently performed at several relatively high-profile shows, including a reunion concert in Muscle Shoals and a showcase performance in Boston arranged by modern soul revivalist Eli “Paperboy” Reed. “I’m really glad to see that Willie’s been getting some traction lately,” says Knowles.
Hightower hopes to eventually take his new songs on the road in America, something he hasn’t done in decades. “I play an occasional show once in a while, but I haven’t toured here in years,” he says. “And when I say years, I mean
years
.”
When he first began making records, Hightower struggled to establish a unique sound in the crowded R&B marketplace of the late Sixties. But on
Out of the Blue
, his deepened, newly weary voice conveys a newfound gravitas and control, communicating a lifetime of personal loss and love. On “Tired of Losing You” and “I Found You,” he uses a weathered falsetto to stunning effect. Elsewhere, during classic country-soul ballads like the Stapleton-penned highlight “Raining All the Time,” his phrasing communicates just how personally Hightower has lived out the song’s endless grief. “Can’t stop missing you being
here
me,”
he sings, his voice quivering over the line’s last word.
Hightower has transformed from an everyday gospel crooner into a profound truth-teller, a singer whose years of disappointment, success, turmoil and inner peace give his voice a commanding attention. When he sings, “Knew I had a second chance/If I didn’t mess it up,” he sounds instantly believable, like an elder friend sharing his worldly knowledge.
Photograph by Diwang Valdez for Rolling Stone
That progression can be heard most plainly on the two versions of the Adult Contemporary country standard “Easy Lovin’.” Hightower first recorded the song in 1971, and reprises it on
Out of the Blue
. On the ‘71 recording, Hightower is striving for middle-of-the-road appeal, channeling Cooke’s occasional propensity for schmaltz. On the 2018 recording, he dances his way around the song, alternating from a lustful whisper in the verses to an expressive high register in the chorus.
“I think my voice sounds better than it did,” says the singer who, despite his sparse performance schedule these days, still sings around the house in order to keep his vocals in shape. “If you don’t use it, you lose it.” When Claunch first heard Hightower’s late-career voice, he couldn’t believe it. “It shocked me,” says Claunch. “It really struck me, how he sounded that good at his age.”
Out of the Blue
first took shape as a conversation between Claunch and Billy Lawson, a Muscle Shoals veteran who had recently taken over the local Wishbone Studios, where Roy Orbison, the Supremes, Hank Williams Jr. and others had recorded.
“I’d expressed to Quintin that I’d really love to cut a real authentic, R&B Southern soul singer,” says Lawson. “I told him, you go and find us one of those older artists who can really still sing. He put his thinking cap on, and eventually he called me back and said, ‘I’ve found us one.’”
Out of the Blue
was recorded over 10 months, with Hightower making the regular two-and-a-half-hour drive from Gadsden to Wishbone Studios. “There wasn’t nothing I asked him that he wasn’t able to do,” says Lawson. “He’s really taken care of his voice, which is still so strong.”
Since releasing the album in October, Lawson has been thrilled by the reception. A number of legendary Shoals vets, like renowned Swampers guitarist Jimmy Johnson and local producer David Johnson (Lynyrd Skynyrd, Tony Rice), have all given Hightower’s album their stamp of approval. “It’s been amazing,” says Lawson. “When people hear the record, they can’t get over Willie’s age. They all say, ‘He doesn’t sound like he’s 78’”
In This Article:

This Is Exactly What Kalen Allen Eats in a Day