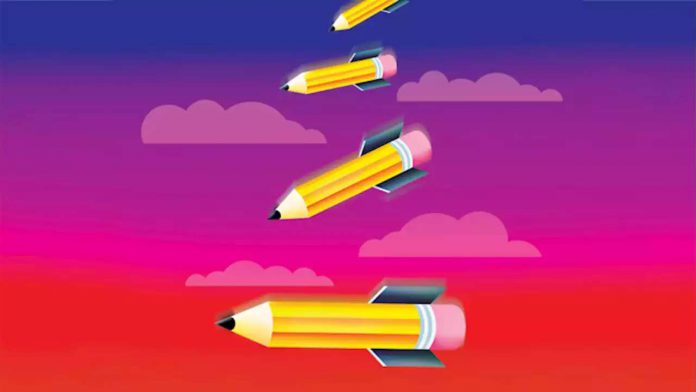 Members of the Writers Guild of America West saw their earnings grow 4.2% to $1.56 billion last year thanks to gains in feature films and television. The guild’s newly released annual report …

CREDIT: Cheyne Gateley for Variety
Members of the
Writers Guild of America
West saw their earnings grow 4.2% to $1.56 billion last year thanks to gains in feature films and television.
The guild’s newly released annual report notes that the number of writers working in feature films went up last year compared to 2017, while the level of employment for TV and digital platforms declined slightly.
The WGA West report also reassured members that the guild — which is embroiled in a bitter legal battle with top Hollywood talent agencies — is on solid financial footing. The earnings figures in the report will become fodder for the guild’s battle with talent agencies as the WGA asserts that conflicts of interest in dealmaking for TV series have depressed the salaries of many writers in recent years — a contention strongly disputed by agencies.
“This year’s report continues the trends recorded over the past half decade,” the report states. “The guild remains financially strong with growing revenues and a healthy operating surplus.”
Related
Writers Guild Spurns Abrams Artists Agency Offer to End Packaging Fees
For the fiscal year ending March 31, total covered earnings for WGA West members topped $1.2 billion for the fourth consecutive year. The number of writers reporting earnings edged down by 0.6% to 6,057 (or 37 fewer writers), the guild disclosed in its annual report to members via its membership and finance committee, chaired by Aaron Mendelsohn.
The stats in the report — which was mailed to members late last week — underscore the generally healthy state of show business economics. Negotiators stressed that point repeatedly during 2017’s contentious negotiations with production companies, which saw a 96% strike authorization and a three-year deal that was concluded an hour before the previous contract expired on May 1, 2017.

The current master contract expires in 10 months on May 1.
The master contract is jointly negotiated with the WGA East, which has about 5,000 members. The WGA West report only covers compensation for WGA West members.
Hollywood screenwriters’ earnings surged 7.3% last year to $481 million, and the number of writers reporting earnings rose 3.9% to 1,940. TV and digital platform writers’ earnings gained 3% to $1.07 billion, and the number of writers working declined by 1.5% to 4,830. The guild has noted that the actual numbers for TV writers’ compensation are not reflected in its figures because it does not include overscale income, which is a big source of the conflict between the guild and talent agencies.
Collected residuals surged 7.2% to $462 million with TV residuals jumping 10% to $307 million as new media residuals surged 16.5% to $76.5 million. Film residuals edged up 1.1% to $155 million.
The report gives a bright picture of the WGA West’s financial outlook and disclosed that the WGA West ended its fiscal year, which concluded March 31, 2019, with total net assets of over $77 million with an operating surplus of $10.1 million. Total revenue was $42.9 million, up from $39.2 million last year. Expenditures rose to $32.8 million from $31 million.
A week ago, the WGA addressed rumors that it would face major financial strains by having to wage legal battles on two fronts, the case the guild filed against the four largest talent agencies in April over packaging fees and the separate collective bargaining violation lawsuits filed against the guild within the past week by

The Burst of the Peak TV Bubble What Lies Ahead?