Home Woman It’s Complicated Growing Up in a Family Like Mine Made Me Terrified... 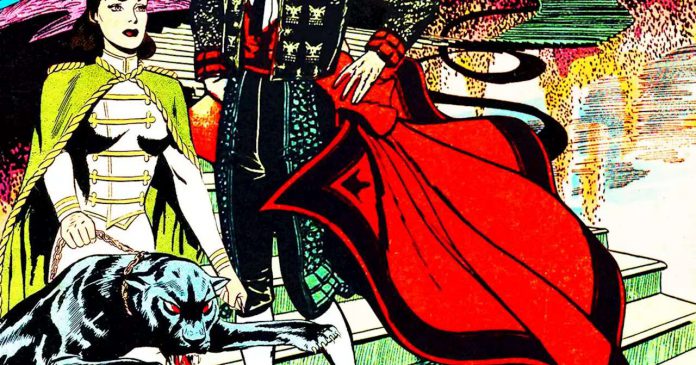 I shut down even at necessary confrontation.

Photo: J.V. Aranda My parents’ divorce announcement when I was 7 came as a surprise to me, in large part because I’d never heard them raise their voices at each other. I always figured they’d taken pains to only do so out of my earshot; only recently did my mother tell me that, in 16 years of marriage, they’d never fought that way. They’d never really expressed themselves angrily at all.
Knowing what I know now, this isn’t surprising. My maternal grandmother was prone to mood swings and other forms of cruelty, both to my mother and grandfather, the latter of whom was universally regarded as a gentle and devoted family man. To my mother, he was a model of the kind of mate she should be; so even when she found her marriage lacking, she was never one to yell (and, for his own reasons, neither was my dad). Instead of any fireworks, they’d simply spent two decades letting each other down.
Unfortunately, until and often even after we identify them, families like mine tend to repeat their harmful patterns from generation to generation. Soon enough, the sad but nonthreatening silence my parents cultivated was replaced by a new parental figure’s loud outbursts and lower-decibel verbal and emotional abuse. My grandparents’ dynamic had been a training in docility for my mom, who now shrank from the ever-present conflict in our home like her kind, helpless father, and who tried convincing me that such aggression (outright and passive) wasn’t as wrong as it intuitively felt. This sort of worked, for a while at least, except that children are sensitive enough to pick up on caretakers’ fear even when it’s not described in so many words.
I’d like to paint you a picture of what I experienced and observed; to show and not tell as has always been my job. I’d like to be able to recall more things clearly, if only to fully process them now myself. But that’s the thing about trauma like mine — my brain, trying to protect me from a young age, facilitated dissociation that blocked most of the concrete details out. I know for sure now what happened in my family wasn’t okay. I spent a long time doubting myself before coming to that conclusion, before doing enough research to know such cognitive dissonance is a feature, rather than a bug, of abuse that doesn’t leave telltale marks. But mostly, I’m sorry to say for writing purposes, implicit memory is what remains.
Still, finding conviction in my beliefs about the abuse in my home, hasn’t been enough to change my own relationship patterns — specifically, in terms of arguing productively. Given enough time with a partner, my pattern tends to go something like the following: Notice an ongoing problem. Strategically fail to mention problem for fear of conflict, until I am physically unable to suppress it any longer. Depersonalize almost immediately after bringing problem up. Lose the ability to finish the conversation I started.
I know, logically, that avoiding conflict entirely doesn’t work; my biological parents taught me that. But when it comes to necessary confrontation — when voices are at all raised or even at times when they’re not — I shut down as if even the kindest partner was my abuser, and I a child all over again.

A fuzzy feeling comes over me, from the top down, as if my head could float up off my shoulders. I lose the ability to process language, whether speaking or listening. Just like my limbic system tried to preserve me in childhood, it does today; I freeze outside and in, my mind so full of static that detailed, easily retrievable memories of the events simply don’t seem to form.
Healthy relationships don’t get built like that. They end, sometimes immediately and sometimes a little later, but always in relatively short order. And in a way, that’s been my preference; better to be alone than trapped with another potential controlling, emotionally exhausting abuser, or to go on unfairly erupting at and subsequently stonewalling a good partner.
Today, I’m on the precipice of a few significant emotional and relational milestones — some exciting, some nerve-wracking. I’m speaking publicly for the first time about the insidious, poisonous abuse that my family refuses to acknowledge. I’m embarking on a two-week road trip with a new partner who’s personally familiar with abuse — both familial and in oppressive religious fundamentalist contexts — and more importantly, who believes me even when it’s difficult, because of too-narrow cultural concepts of abuse, to entirely believe my own perception.
To both, I’m bringing an expanded vocabulary on imbalances of power, toxic emotional tactics, and the long-term results of complex trauma. All of the internet rabbit holes I’ve been down, all of the hours in therapists’ offices, all of the honest inventory-taking of relationships around me have helped me better identify and rationalize myself through my triggers — a step necessary for any real sort of a life in general, but I suspect especially so for navigating the 2,400 miles, old friends’ wedding, and other stressors that lay ahead of us.
And I’m bringing a solid, assertive new view on what I want out of love — partnership, not ownership. Boundaries, independence, and support — no smothering, and no treating people like extra appendages (by partners or by me), instead of as the whole separate beings that they are. A frank, forward approach to conflict, even if that means taking a mid-fight pause to collect my ricocheting thoughts, rather than stuffing my feelings until I’ve inadvertently fostered an unhealthy dynamic that never had to exist in the first place.
As it turns out, it’s not the overt conflict I need to fear anyway; it’s the pattern of love bombing, intermittent reinforcement, and pervasive covert aggression that forces one partner into a cowering, malleable existence. It’s the silence that’s ensured by brutalities obvious and otherwise. Whatever good things my family has given me — and there are many — that silence is one tradition I can’t carry on.
If you are (or suspect you are) in an abusive relationship, call the National Domestic Violence Hotline at 1-800-799-7233. You can also learn about safety plans and other resources at NDVH’s website. Use a non-personal device (like a friend’s phone or library computer) if possible, or else use NDVH’s tips for tech and social media safety.

We Have Entered the “Howard Hughes Storing His Own Urine” Stage...