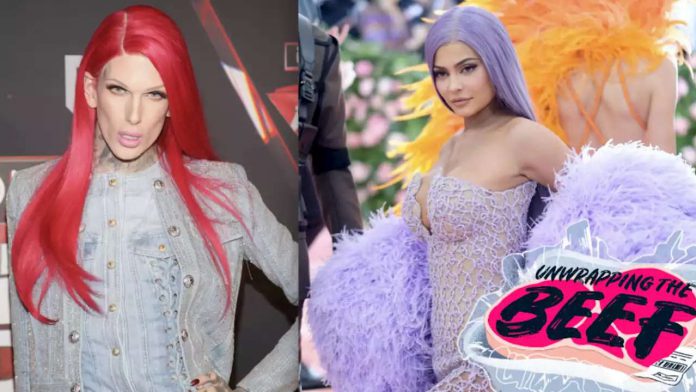 Is it a feud if only one person throws the shots? Does a tree fall in the woods… something-something? According to Perez Hilton, a site I still read in the year 2019, BeauTuber Jeffree Star has reignited his beef with “self-made” makeup mogul Kylie Jenner. Here’s what happened:

According to
InTouch Weekly
, a few Instagram followers had the same questions I did and asked Star what was up, one writing, “Mhh.. Wasn’t you tired of drama? Are you the same who said you will not involve in any scandal coming? You can’t keep with your own words… Be consistent and practice what you speak.” He responded by calling her products “a money grab,” and added: “You should probably have a seat, because as a human being on this planet I’m allowed to comment on anyone’s releases, it’s also my job… Her first skin care drop was a complete joke and was basically a money grab so relax before trying to come for me. I’d rather save millions of people money then letting them be ripped off by a celebrity.” Okay.
Jenner, as you can imagine, has yet to respond. I doubt she will.
Never forget when Star also

Roses Beyond Provence In Search of Different Expressions