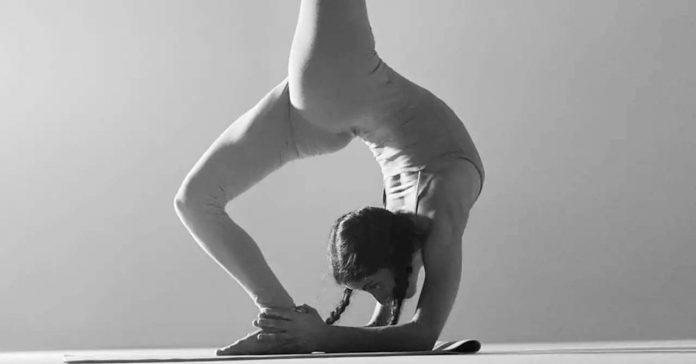 If you’ve ever taken a yoga class in the United States, the chances are you were influenced by Ms. Ezraty’s techniques.

a school that is equally intense but focused on precision and alignment. Together, along with Mr. Miller, they created a synthesis of the two, which became the signature YogaWorks method.
“Back in the ’90s, when you went to yoga, each school would focus around a system,”
Seane Corn
, a prominent yoga teacher who studied under Ms. Ezraty, said in a phone interview. “Maty took all of those systems and brought them into one school so that everyone could try and explore all the kinds of yoga that existed.”
Their hybrid method was more accessible to a mainstream clientele, Ms. Corn said. “It was fluid but steeped in alignment and precision,” she said.
In addition to teaching students, Ms. Ezraty instructed teachers, from France to Japan, in her methods. She brought prominent yoga instructors together in Santa Monica for daily classes, hosted workshops and mentored many of today’s leading yoga teachers.
Maryam Askari, a yoga instructor who worked for Ms. Ezraty and took her teacher training program to France, said in an interview that Ms. Ezraty had been known for her rigor. Whereas some training programs for instructors took three days, she said, Ms. Ezraty’s took a minimum of six weeks.
Ms. Ezraty’s talent, Mr. Miller said in a text from Tokyo, “was to see greatness in people long before they saw it in themselves, pull it out and insist on excellence.”
Ms. Ezraty viewed yoga not as a vehicle for self-improvement but as a route to self-acceptance. As she once said: “Keep in mind that when you practice yoga, you’re not practicing to improve yourself. You are perfect. The practice is there to help you know that.”
Maty Ezraty (pronounced MAH-tee Ez-RAH-tee) was born on Sept. 2, 1963, in Israel to Yossi and Miriam Ezraty. Maty left Israel with her sister, Haggit, and their mother in 1974 and settled in California.
Image
“It is not an overstatement,” a longtime friend said, “to say that if you’ve taken a yoga class in the United States, Maty influenced the yoga you likely practiced.

Credit
via YogaWorks
In addition to Mr. Miller, Ms. Ezraty is survived by her mother, who worked as a psychologist in Santa Monica and is now retired.
Maty dedicated herself to yoga after graduating from Beverly Hills High School, having learned about it from fellow students while studying ballet. She took a yoga class at the Center for Yoga in Los Angeles and was instantly enthralled. She worked at the center’s front desk in exchange for lessons.
She began teaching yoga in 1985 and became director of the center. She and Alan Finger, a yoga teacher, founded YogaWorks in 1987. Mr. Finger left after a few months, and Ms. Ezraty and Mr. Miller bought him out two years later.
Her goal, Mr. Miller said, “was to curate the best learning environment by attracting the top teachers in the world.”
James Brown, who was a longtime student of Ms. Ezraty’s and now trains aspiring teachers in her methods, said that less experienced teachers might begin with acrobatics and contortions, but Ms. Ezraty began with simple, basic movements and built on what students could already do.
“She taught things like how to straighten your arms, how to lengthen your spine,” he said. “She didn’t teach how to do a pose; she taught people how to get absorbed into what was already occurring in the present moment.”
Mr. Miller said that Ms. Ezraty grew spiritually and emotionally as she immersed herself in yoga and meditation.
“Maty’s early focus was mostly on the physical, demanding postural alignment and flawlessness,” he said. “As her yoga and meditation practices evolved, the importance of subtle inner work grew, which led to greater kindness, humility, forgiveness, and humor toward herself and her students.”
Advertisement

Ferne McCann jets to South of France for one day to...