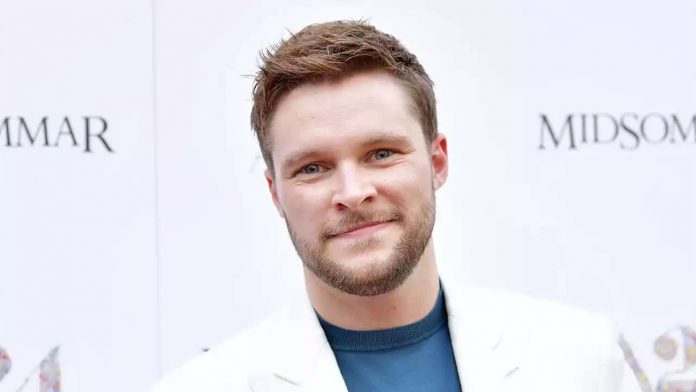 The Irish actor discusses his love of arthouse cinema, meeting with J.J. Abrams for ‘The Force Awakens’ and being considered for the titular role in ‘Solo.’

“He suffers this very humiliating and exposing fate, and as a cinephile, I’ve really only ever seen that happening to female characters in the horror genre… especially in a sexual context,” Reynor tells
The Hollywood Reporter
. “So, it was an opportunity to be part of something that flipped that on its head, and I really wanted to engage with the experience of it by advocating for as much full-frontal nudity as possible.”
The former
star credits his experience on 2014’s
Transformers: Age of Extinction
for reaffirming the type of career he strives to have in independent arthouse cinema. Despite his lack of interest in franchise storytelling, Reynor is absolutely willing to make an exception for
Star Wars
, after auditioning for J.J Abrams’
The Force Awakens
and reaching the top three (out of 2,500 actors) to play Han Solo in Ron Howard’s
Solo
.
“For each of those films, the casting process went on for a good nine months. Who wouldn’t have wanted to play [Han Solo]?” Reynor remarks. “Ultimately, it wasn’t to be for me, but I did watch [
Solo
] and not only did Alden Ehrenreich do a really great job, it was my favorite of all the
Star Wars
movies that have come out recently.”
In a recent conversation with
THR
, Reynor discusses his fondness for his
MIdsommar
scene partner Florence Pugh, his friendship with actor Will Poulter and the blockbusters he turned down in the name of creative integrity.
Has
ruined flaky pies and pastries for you?
(Laughs.)
Omigod, yeah. It’s hard to eat them now without having flashbacks of putting pubic hairs in my mouth. I don’t think I’ll ever look at a Cornish pasty the same way again.
I imagine it’s somewhat difficult to prepare for a movie like
Midsommar,
but have you experienced any culture shock in your life that gave you
something
to channel into your performance?
When my career started and I began traveling extensively, there were some places that I went to that were so far removed from what I’ve grown up in, that it was, like you say, a culture shock. In terms of this character and the role, the heart of it lies in the relationship more than Christian’s experience in the community of heathens. So, I really spent most of my time thinking about that and having conversations with Ari [Aster] and Florence [Pugh] about it.
Right away, we’re introduced to Christian and Dani’s relationship and how it’s clearly run its course. Since you can feel the distance between the two characters, I’m curious if you and Florence opted
not
to do any chemistry building. That way, your lack of familiarity with each other could help create the disconnect we feel onscreen.
In fact, it’s actually the opposite. Florence and I were very, very good friends; we’re very close. We would decompress with each other when we came off the set. We would cook dinner for each other, and we were a good kind of support system for one another on the film. I think that the warmth of our relationship in real life actually contributes an awful lot to the feeling of the relationship between Dani and Christian feeling lived in, which is obviously vital for the film to work. It needs to feel like at one time these people have been together for a reason. They’re not strangers to one another; it’s just that their relationship is dissolving. The fact that we had such a good relationship with one another was a really beneficial thing. It was painful for both of us at times to have to perform in such a way with one another that was callous and emotionally bereft. At least, it was for me. There was one moment in particular that I’ve never experienced on set with any actor before. In the opening sequence of the film, when Dani discovers this tragedy that’s happened with her family and she is roaring crying in a really primal way, I’m holding her in my lap on the couch, and I’ve never had an experience before where I didn’t have to decide what I was gonna do with my performance. My scene partner literally just gave me the performance. Once she was in that frame of mind and once that performance was coming out of her, it was just a gift. The tears are coming out of my eyes and I’m heartbroken, holding this person in my arms who feels viscerally just broken. It’s such a testament to Florence as an actor, her control and the power of her performance. It’s really an astonishing feat for an actor, and I’ve never experienced anything like that before, certainly not to that degree.
You’ve been up for some big roles, one of which we’ll talk about shortly, but at this point in your career, is an original role via an auteur filmmaker, like an Ari Aster, Jordan Peele or Chris Nolan, more rewarding than a famous character with baggage?
Yeah, 100 percent. It’s an opportunity to develop a character and tailor it to your own kind of feeling; that’s really what excites me. To take ownership of your character, by its very nature, is more rewarding than being involved in sequels, remakes and whatever.

So, that’s predominantly what I look for in my career, and
Midsommar
, in particular, was an opportunity to do something that is so far removed from what we see in mainstream cinema. And yet, it has a really broadly appealing feel. So, I think that’s a testament to Ari. The opportunity to develop a character, who, at surface level, is inattentive and a lacking person in this relationship, and then, to try and invest some empathic traits as well, and to acknowledge within myself that I have the capacity to be like this person at times, and so does everybody on the face of this planet at one time or another. We’ve all had demands put on us by the people that we love and by our friends in their times of need. And there are times when all of us come up short in our responsibilities to people in our relationships.
That was a big part of the reason why I wanted to sign on to the film. The other big reason was because I was fascinated by this archetypal alpha male character being stripped of absolutely everything over the course of the film — including his community of friends who uphold his structure as an archetypal alpha male and ultimately, his own personality. He suffers this very humiliating and exposing fate, and that’s something that, as a cinephile, I’ve really only ever seen that happening to female characters in the horror genre, particularly that level of exposure, especially in a sexual context. So, it was an opportunity to be part of something that flipped that on its head, and I really wanted to engage with the experience of it by advocating for as much full-frontal nudity as possible. I know that it was very important to Ari too that it was one of the features of the film. It was an interesting experience to do it, and it was a difficult experience. It made me feel more vulnerable than I anticipated — and I did think I was gonna feel vulnerable — but I’m really glad I had the opportunity to do that.
Regarding the nudity, I read some old interviews of yours where you seemed to rule out the idea. So, this wouldn’t be the first time where the right filmmaker with the right material inspired an actor to step out of their comfort zone.
Yeah, I think that was the thing that really stood out for me in the script. I recognized that this is something that really only happens to women in horror films, and it’s an opportunity to do something different, something that feels new. As an actor, you want to find things to do that haven’t really been seen by a mainstream audience, particularly. So, this was certainly an opportunity to do that, and I felt very ready to do it. I don’t have an issue with the nudity; it’s more an issue of the mental space that I needed to occupy throughout that entire sequence. That was the part that I think was really difficult.
I just interviewed a horror director whose set required the blessing of a priest. Thus, did anything creepy or unusual happen on the
Midsommar
set?
Nothing really creepy or unusual happened, but we did have a live bear on set one day. He was a little pissed off, hanging around on set. He was ready to work. So, he got pissed off and decided he was gonna bounce up and down in his cage and rock the truck back and forth, which was an odd thing to see on set. That was probably the scariest thing that happened.
Do you and Will Poulter share an agent since you’ve made four films together?
(Laughs.)
No, we just share a similar taste in film. He’s one of my best mates; I love him to death. We’ve worked together four times now, and I don’t think there’s any danger of us slowing down because we just really love working together. He’s the best guy.
I hate to be predictable, but I have to ask about your
Star Wars
auditions. Starting with
Episode VII
, I presume you read fake sides for your audition, but since you eventually auditioned for Han Solo, do you know if you were vying for the role of Poe Dameron?
I have no idea to be honest with you, but I get the sense that I wasn’t. I don’t want to go into it too much because I don’t know what kind of trouble I could get into; obviously,
Star Wars
is a big institution. It’s also long enough ago now that I can’t really remember what the sides were, but it was very exciting to be considered for
Episode VII
. It was a long process, obviously, and I met with J.J. [Abrams] a couple of times on it. It was an exciting time, and then, of course, I was considered for the Han Solo movie, too. Again, that was a long process. For each of those films, the casting process went on for a good nine months. It was interesting, and I think it would’ve been exciting to do the Han Solo movie. Who wouldn’t have wanted to play that character? Ultimately, it wasn’t to be for me, but I did watch the film and not only did Alden Ehrenreich do a really great job, it was my favorite of all the
Star Wars
movies that have come out recently.
Out of 2,500 actors, you made the

She Was A ‘Vibrant Young Person’ Another Black Trans Woman Was...

Kate Middleton stuns in blue dress and lab coat as she...