Home Woman QAnon Followers Think JFK Jr Is Coming Back on the 4th of... 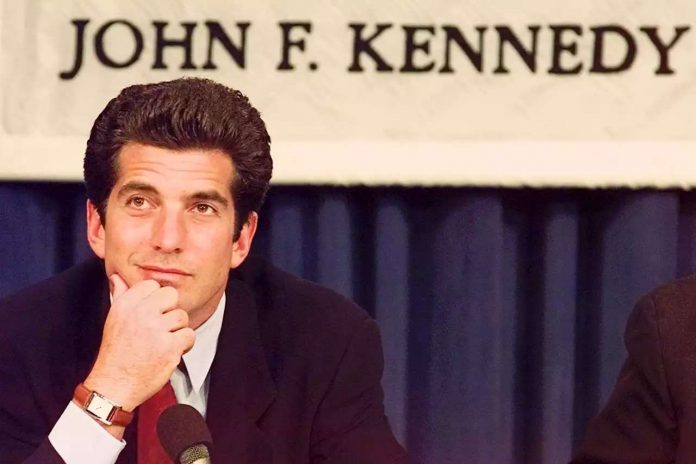 He’s an avid Trump supporter and has been hiding in Pennsylvania for two decades, according to some people on Twitter who don’t seem to realize he’s actually dead

faked his death
to avoid being targeted by members of the deep-state conspiracy and was actually Q.
The idea gained further credence thanks to Liz Crokin, a right-wing conspiracy theorist who referred to JFK Jr.’s role as Q during a 2018 interview with vlogger Jenny Moonstone. In the video, Crokin cited Q’s posts about former President John F. Kennedy as evidence that JFK Jr. was running the account. “The way that Q talks about JFK Sr. in the posts, it is with such love and passion, it makes me think that it is someone that is close to him,” Crokin
said
in the video. “If JFK Jr. faked his death and was alive, it would make sense that he was Q.”
Adding fuel to the fire, a quote attributed to JFK Jr. in praise of Trump was widely shared by QAnon supporters on social media. “If my dear friend Donald Trump ever decided to sacrifice his fabulous billionaire lifestyle to become president he would be an unstoppable force for ultimate justice that Democrats and Republicans alike would celebrate,” the quote, which was reportedly published in
George
Magazine in June 1999, read. (Kennedy’s fatal plane crash was on July 16, 1999.)
The fact-checking website
later found there was no record of Kennedy ever having written such a thing in
George —
or anywhere else, for that matter. (The photo accompanying the post, however, did appear to be genuine, and was taken at a Knicks game the two attended in March 1999.

Not wanting to let a silly thing like facts get in the way, QAnon supporters clung to the theory that Kennedy and Trump had long been in cahoots, and the quote continues to circulate to this day, as does another “quote” from JFK Jr. reportedly
vowing
to avenge his father’s death, “even if I have to bring down the whole government.” (It’s unclear if that quote is real — either way, it was in the context of accusations that Lyndon B. Johnson was behind his father’s assassination. For the record, Lyndon B. Johnson is also very, very dead.)
Who is Vincent Fusca, and how did he become involved?
Described by Sommer as a “fedora-wearing Trump superfan from Pennsylvania,” Fusca is a frequent attendee at Trump rallies and is sometimes seen in the background of photos of Trump during his speeches. (He also
placed 1572nd in the 59th World Series of Poker, according to an online WSOP profile under his name.
) Some QAnon supporters have pointed to Fusca’s presence at Trump rallies as proof that Fusca is actually JFK Jr. in disguise, and has altered his appearance with veneers and plastic surgery in order to pass through society undetected. (It is worth noting that the two look absolutely nothing alike.)

I Wasn’t Losing Weight Doing CrossFit Until I Started Doing These...