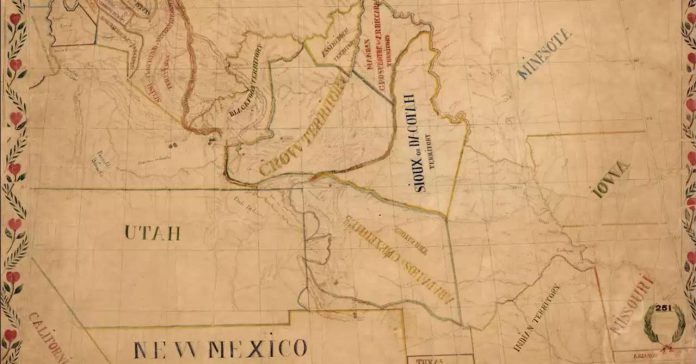 Treaties have had a profound effect on Native people.

made
between newly formed European settler governments and the sovereign Indigenous nations that already populated the continent.
Today, Natives are often thought of in terms of race, and we are considered people of color. But American Indians specifically are also designated by the federal government as a
political classification
. This is because we belong to ancient Indigenous tribes that predate the existence of the United States of America and we made treaties with them. These treaties recognized our sovereignty as independent nations.
Treaties, and the U.S. government’s history of unilaterally breaching them, have had a profound effect on Native people. To be blunt, we were lied to. Treaties were used as a ruse to coax tribes out of defending their territory and to steal Native lands and resources.
The U.S. made hundreds of treaties with Native nations. The
. I am Dakota and Lakota from the Oceti Sakowin (Great Sioux Nation), so I will focus on treaties that my people have signed with the government and how that has affected us.

Minnesota is the ancestral land of the Dakota. More than
by the U.S. involved land in what is today Minnesota.
In the 1851
treaties of Traverse des Sioux and Mendota
, Dakota of the Oceti Sakowin (Great Sioux Nation) ceded land in Minnesota to the U.S. in exchange for money, goods, and services. Unbeknownst to the Dakota, Congress eliminated Article 3 of each treaty. This Article set up reservation land within Minnesota for the Dakota to live on. The government also defaulted on payments to the Dakota. It kept more than 80% of the money. Of the payments that were made, the government often gave the money directly to traders who were supposed to supply the Dakota with rations. The withholding of rations by these traders led to the Dakota War of 1862, because the Dakota, of which there were an estimated

Christmas Has Come Early for President Trump Thanks to Attorney General...