Home Woman Wellness Culture Made Me Think Crystals and Pilates Could Control My Body... 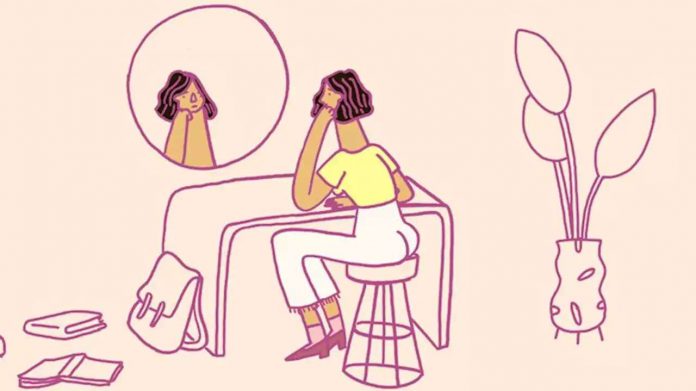 Being diagnosed with a chronic illness taught me that bodies aren’t things that need to be tamed.

never been and continues
to not be taken seriously. A doctor I saw at the beginning of my journey into fibromyalgia wrote it off as a psychosomatic disease — a way of saying it was all in my head — and told me to ignore the pain and carry on. Only later did MRIs reveal micro-tears in my tendons, and that ignoring my pain would lead to larger complications.
Advertisement
It was as I progressed deeper into my disability that I began to disentangle myself from wellness culture. Without a body that responded to strict disciplining, I had to find my sense of self elsewhere. I realized how toxic wellness culture is for disabled people, both physically and mentally. If success is having a strong body and strong mind, then what is having a body that’s trying its best to get by and a mind that’s struggling to cope. At the time, I was utterly dependent on my friends, parents, and boyfriend for everything from helping me open and close my dorm room windows to buying me groceries, to drying my hair. Dependence has a deeply negative connotation, particularly for young women in progressive society, and is often lumped in with submission. In a highly individualistic and capitalist society, there seems to be no greater sin than dependence on another — which makes those with disabilities whose only option is dependence to feel like their condition itself is
somehow shameful
.
And yet there is nothing about my physical appearance that would suggest “sick” in the way that it has come to be thought of. I am both lucky and disadvantaged in this sense. My physique is the one most closely associated with the modern notion of health and I can seamlessly enter the space of physically able people and be accepted as one.

In a conversation with a vegan acquaintance at Columbia, she pointed out that a common friend could greatly improve her health from going on a vegan diet. She assumed given my slender body type that I too was some sort of vegetarian. The friend to whom she was suggesting veganism had recently run the New York Marathon, while I could barely walk up a flight of stairs, again blurring the line between disability, thinness and wellness culture.
It’s only recently that I’ve begun to slowly incorporate aspects of wellness back into my life. I’ve begun writing down the things I’m grateful for every night, I still indulge in a turmeric latte, and have been known to pop an ashwagandha pill when life gets stressful. After all, these last two are a part of my Indian culture and to reject all of wellness culture would mean rejecting the ancient practices of much of the non-western world. Instead, I’m rejecting the specifically western culture surrounding those ancient practices. I’ve even re-started my Pilates, although now less regularly and only when I genuinely feel like it. Like most things, the belief that women’s health is in their hands is so polarizing because it is two sided. On the one hand it blames women for their pre-existing health conditions, but on the other hand it puts the power back in women’s hands to push back against a medical establishment that is often less than sympathetic. If handled with nuance, wellness gives more power back to women, and that can never be a bad thing.
Read More

How to Get Rid of Blackheads for Good According to a...

Kneel before the new killer kween of TV Jodie Comer is...