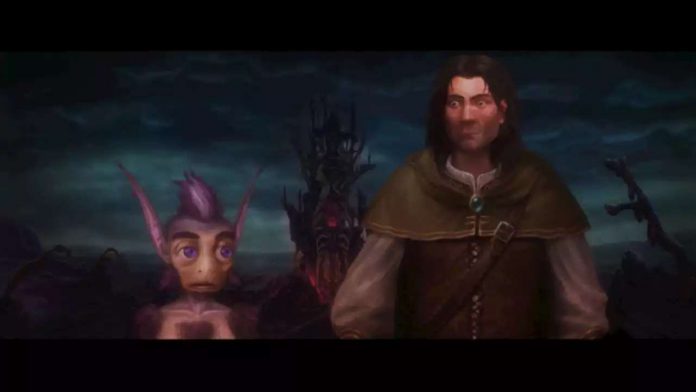 Cartoon Network’s Adults Swim has ordered second seasons for two popular series from international animation studio Titmouse: Christy Karacas’ sci-fi comedy “Ballmastrz: 9009” and Andrew Koehler and Benjamin Martian’s fantasy series “Tigtone.” According to Koehler, now an executive producer on “Tigtone” – along with Martin and “Workaholics” alum Blake Anderson, “‘Tigtone’ is doing what legends […]
18 mins ago
‘Stranger Things’ Finally Does Right by Female Characters With Maya Hawke’s Robin (Column)
SPOILER ALERT: Do not read until you’ve seen season 3 of “Stranger Things,” which premiered July 4 on Netflix. When “Stranger Things” introduces a new character, it’s almost immediately obvious which archetype they’re supposed to represent. As a deliberate throwback to 1980’s blockbusters that prioritized thrills and jokes over characterization, most everyone can be described […]
5 hours ago
How Playing ‘Complicated’ Characters Liberated Patricia Clarkson
Patricia Clarkson’s portrayals of complicated women “who aren’t 25” in indie films, pay-TV and streaming series, and on stage have offered her a rewarding second act to a career in which she once felt trapped in suburban mom roles. Speaking to Variety’s chief film critic Peter Debruge as part of the magazine’s Critics Corner video […]
6 hours ago
Lee Daniels Promises Fans ‘Star’ TV Movie After Series Cancellation
Canceled Fox musical drama “Star” appears to be making a comeback – as a televised movie, according to co-creator Lee Daniels. “The bad news is that ‘Star’ is not getting picked up for series,” said Daniels in a video post on Instagram, calling the explanation “too long of a story to cry about.

“The good […]
18 hours ago
TV News Roundup: Watch Hasan Minhaj Moderate ‘Peabody Presents: Stories of the Year’ (EXCLUSIVE)
In today’s TV news roundup, Variety has obtained an exclusive clip of FX’s “Peabody Presents: Stories of the Year,” an hour-long special moderated by Hasan Minhaj, and Rooster Teeth announces the return date for anime web series “RWBY.” FIRST LOOKS: FX will air “Peabody Presents: Stories of the Year” on Sunday, July 7, and Variety has […]
19 hours ago
Listen: ‘Apollo: Missions to the Moon’ Director on Creating a Story from Archival Footage
National Geographic’s “Apollo: Missions to the Moon” stands out of the crowd of 50th anniversary Apollo 11 documentaries, in that it crafts a narrative using only archival footage about multiple Apollo missions. Director and executive producer Tom Jennings spoke with Variety‘s “TV Take” podcast with executive editor of television Daniel Holloway about the documentary. Jennings […]
19 hours ago
Producer Robert Bradford Dies at 94
Film and television producer Robert Bradford, novelist Barbara Taylor Bradford’s husband who shepherded adaptations of many of her books, died early Tuesday morning in New York’s Presbyterian Hospital following a stroke. He was 94. Badford played a large role in his wife’s work, producing nine of her books as miniseries and movies-of-the-week for NBC and […]
23 hours ago