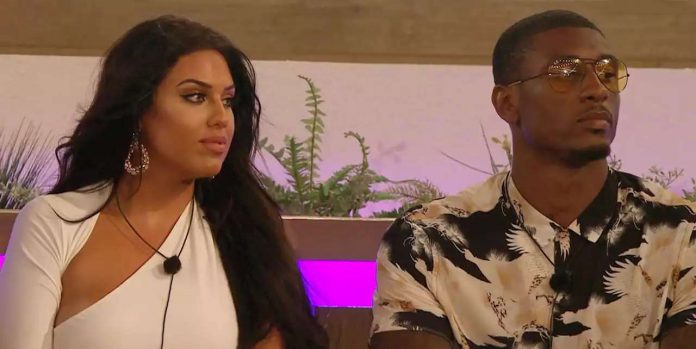 Just when we thought we couldn’t love him any more

Love Island
‘s Ovie Soko is slowly becoming our favourite contestant this year – do you agree?
And he won us over once again at the beginning of last night’s episode when the basketball player broke down in tears over the potential departure and evection of fellow Casa Amor friend in George Rains.
Anna Vakili obviously wanted to save her friend Amy Hart and her ex ‘half-boyfriend’ Curtis Pritchard when it came down to voting against Lucie Donlan and George. And viewers took to Twitter to hit out about her lack of compassion and ‘heartless’ behaviour in not to supporting Ovie’s decision to save George. It even seemed like she smirked whilst attempting to comfort him!
anna has so many friends in the villa, ovie has one & she still votes him out after what’s she done to ovie & after seeing him cry!!!! heartless!!!