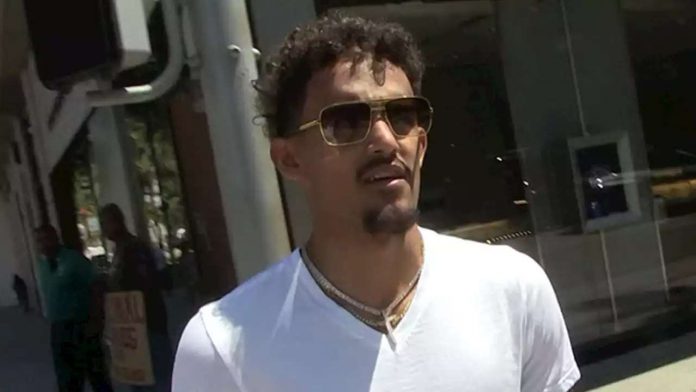 LaMelo Ball is the TRUTH, according to Trae Young.

LaMelo Ball
is REAL — because he believes it’s entirely possible the youngest Ball bro ends up a top 3 NBA draft pick in 2020.
The Atlanta Hawks star just came off a FANTASTIC rookie season, and has been working out with LaMelo while he’s out here in Los Angeles.
So, when we saw Trae in BH (#shopping) we wanted to know if he thinks Ball has the goods to be a top three pick in the NBA draft when he’s eligible next year.
“Possibly, yeah for sure. He’ll be ready the by the time he gets to the league.”
Young didn’t stop there, telling us it really doesn’t matter where Ball is drafted, because no matter where it is he’s gonna be a dope NBA player.

“He’ll be good in the league. If he’s #1, #2, #3 … regardless he’ll be a good player.”
Ball is a mystery in basketball circles — he’s 6’7″ with real playmaking ability … but his bizarre basketball journey (
?) is making some scouts think twice.
We’ll see what happens, but at the very least we know ‘Melo seems to have Trae’s vote.
LaMelo Ball vs Trae Young at Rico Hines Private Runs!

Slideshow Best and Worst Choices From the Deli Section