Home Woman Peter Andre horrified as Princess 12 says she wants to go on... 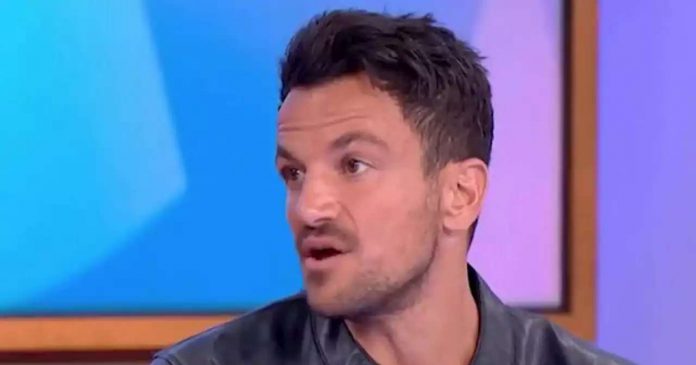 Reality star veteran and dad-to-four Peter confessed he allowed Junior, 14, to watch the show but refused to allow Princess to tune in

Peter Andre may be a reality television star veteran himself but that doesn’t mean he wants his kids to follow in his footsteps – especially Princess .
The 12-year-old horrified her dad when she asked him if he’d allow her to go on Love Island.
He explained during an appearance on ITV’s Loose Women how he felt Princess was too young to watch the show but had caved into letting her brother Junior, 14, tune in.
Peter said that Princess thought he was being “too mean” not letting her watch the dating reality competition.
The 46-year-old said he put his foot down over the struggle and joked that the only way he would let her ever take part is if it was based on ‘priests and nuns’.
He explained during Thursday’s show: “It’s really difficult because Junior is 14 now and he’s like: ‘Are you going to let me watch it?’
“I’m like: ‘But but but.’ Then he goes: ‘I’ll just go and watch it on my phone.

”
Peter continued: “My daughter is 12. I feel bad because I’m just like: ‘No.’ She thinks I’m mean.
“It doesn’t mean I’m right. I always say this – every parent’s got a different thing, they use their discretion. For me, I just think she’s a bit young.
Read More Showbiz editor’s picks “She said to me: ‘Would you ever let me go on Love Island?’
“I said: ‘When they start doing Love Island based on priests and nuns and doing sermons on Sundays you can go on.’
“I don’t mean to be strict. They get told everything by their friends anyway.”
Peter shares joint custody of Princess and Junior with his ex-wife Katie Price , with both admitting they have very different approaches to parenting.
Do you have a story to sell? Get in touch with us at webcelebs@trinitymirror.com or call us direct 0207 29 33033

The Only Salsa You Need