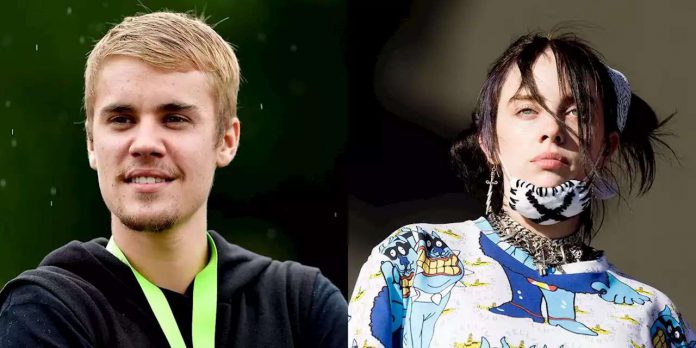 she was once a Belieber
, so it would only make sense that she’d welcome the opportunity to work with her idol.
Billie revealed her upcoming project on her IG story. She wrote,”the new album shit is fake. buuuuuuuuut I might have something in store for you,” followed by some hands-over-mouth emojis. Billie also posted the lyric video to”all good girls go to hell,” seemingly hinting that her new project had something to do with that song.
Instagram
Instagram
On his own account, Justin Bieber tweeted the word”Remix.” Finneas, Billie’s brother and producer, retweeted the tweet, seemingly hinting that some sort of remix of one of Billie’s songs was on its way.

Remix
July 8, 2019
Fans were convinced the Justin remix would be for”all good girls go to hell,” until someone discovered lyrics to a”bad guy” remix on Genius. If you search for the term”bad guy remix” on Google, a broken link to the Genius page of the remix’s lyrics pop u. According to one fan, the lyrics were actually up at one point, but were apparently taken down.
JUSTINS REMIX OF BAD GUY IS COMING