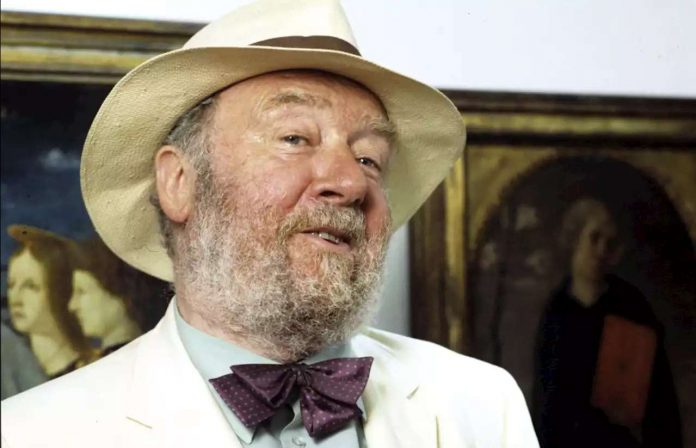 Freddie Jones, the veteran English stage and screen character actor known for his long stint on the ITV soap Emmerdale, died Tuesday in the UK after a brief illness, according to his agent Lesley D…

, the veteran English stage and screen character actor known for his long stint on the ITV soap
Emmerdale,
died Tuesday in the UK after a brief illness, according to his agent Lesley Duff. He was 91.
“Freddie was a much loved and admired actor, known for his triumphs in classical theatre, film and television,” Duff said in a statement. “He will be greatly missed by all who had the pleasure of knowing him and most especially his family.”
Emmerdale
The father of actors Toby and Casper Jones and writer-director Rupert Jones, he left
Emmerdale
last year after playing Sandy Thomas since 2005 — with a nearly yearlong hiatus in 2008-09. The popular soap has aired in the UK since 1972.
Born on September 12, 1927, in Staffordshire, Jones got a late start in acting — landing his first screen roles while in in the early 1960s.

But he would have a prolific career, racking up more than 200 film and TV credits including such 1970s and ’80s Hollywood fare as
Dune, Firefox, Wild at Heart
and
His breakthrough role across the pond was as Claudius in the 1968 miniseries
The Caesars,
earning the World’s Best Television Actor of the Year prize at that year’s Monte-Carlo TV Festival. He had worked steadily on the big and small screens since, culminating in more than 630 episodes of
Emmerdale.
Jones’ theater credits include a brief Broadway run in the 1966 Best Play Tony winner
The Persecution and Assassination of Marat as Performed by the Inmates of the Asylum of Charenton Under the Direction of the Marquis de Sade.
Jones would reprise his role as Cucurucu in Peter Brook’s 1967 film adaptation titled
Marat/Sade.

Simple protein swaps that will help cut red meat from your...