Home Woman Here’s the Secret to Watching ‘Love Island ‘ From Seasoned Superfans of... 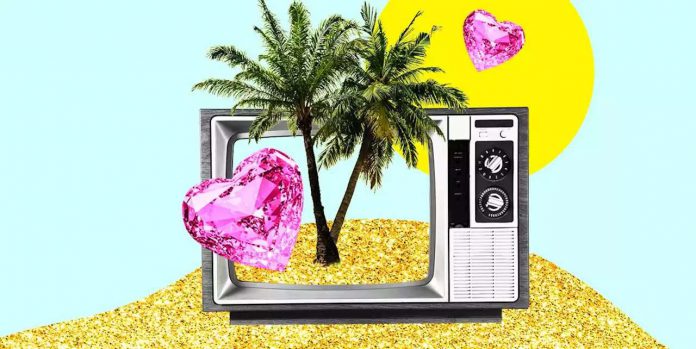 Ireland and the UK are obsessed with their version of the show. Here’s what they have to say.

Jul 15, 2019 at 5:03pm PDT
Monday nights are the best to watch.
The UK
Love Island
is on six nights a week: Sunday through Friday. According to Ellen, this means that Sunday night’s episode is the one you should prioritize seeing.
“It’s not on Saturday, so Sunday is usually the best day. The producers always make things crazy and stir it up, leaving you on major cliffhangers. I think Sundays are really juicy,” she says.
Following that logic, if you’re unable to watch
Love Island
every single night, you should make sure that you always catch Monday and Friday, so you can see the cliffhanger
and
the big reveal.
It might take the US a little while to catch on.

Because it’s on literally every weeknight and requires you to learn tons of rules, it can be kind of difficult to get really into
Love Island
at first. But, the UK version wasn’t necessarily a crazy cultural phenomenon right off the bat, so maybe you’ll start to feel the pressure to watch once more people begin to pick it up.
“I’ve watched every season, but most people I know really got properly hooked last year,” says Ellen.”It kind of started to take off in 2017, but this year and last year have been huge.”
Welp, now that we have all the secrets to keeping track of our favorite Islanders, we should be all set.
Related Story

They Found Love in a Hopeless Place Quarantine