Home Woman I Went on 20 Speed Dates During an Intense Hour-Long Workout and... 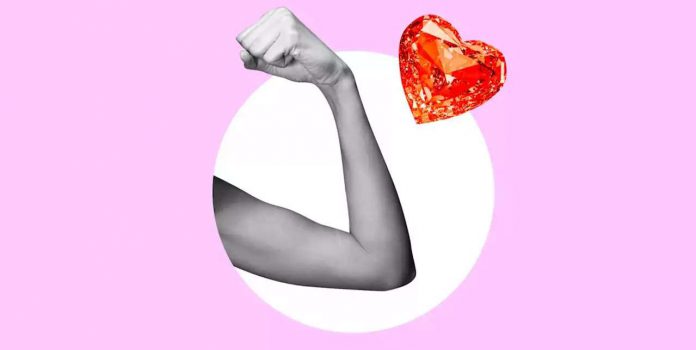 Turns out, it’s not that easy to flirt when you’re doing a million mountain climbers.

waterproof mascara
, and praying to the fitness gods that I don’t look drenched after this 60-minute-long class.
The big, dark studio was flooded with neon lights. Cardi B was blasting from the speakers. It was like being at the club at 3:00 AM on a Saturday night. Except it was barely happy hour. And I wasn’t drinking vodka crans.
Everyone was assigned a station to start, with one man and one woman at each. (Heteronormative, I know, but the app
is
open to users of all sexual orientations.) From there, women moved one station to the right, and men, one station to the left.
Related Story
26 Workout Songs to Motivate Your Next Gym Session
At the first station, I met Mike. At least, I think that’s his name—the class was so loud that, really, it could’ve been Steve. Or literally any other name. He was in his mid-twenties, and dragged to class by his friend.
He’d also never been to Switch before, and we joked a little about not knowing how to properly do any of the exercises.
Every so often, the trainer would come correct one of us, and we would smile about our combined lack of HIIT knowledge. (HIIT, by the way, is high intensity interval training, aka quick bursts of
a lot
of energy.) Two minutes and four moves later, I learned Mike was the only guy as clueless as I was. Every other dude either worked at Switch or was a Switch devotee.
Like Brad. That’s fully not his name, but again, super loud in there and I forgot mid-burpee. Brad was a full-time Switch employee, and he taught me exactly how to use a SkiErg machine.”Just act like you’re skiing,” he said. But when I mentioned that I don’t ski, he gave me a
look
and demonstrated the proper arm motion. Some people are just so touchy.
The circuits continued and, again, since I literally can’t do a few push-ups without needing to be resuscitated, I was a little out of my comfort zone.
Related Story
I Went on 30 Dates in One Weekend
I continued though, trying my best to get out more than a “hey” and “My name’s Katie” but, dammit, it’s hard to flirt when you’re breathing so hard that your Apple Watch indicates your heart rate is at “irregular levels.”
From sprinting on one of those weird curved treadmills (which, I was certain would lead to my death) to doing donkey kicks on bosu balls, I wasn’t exactly breezing through this workout.

“Since I literally can’t do a few push-ups without needing to be resuscitated, I was a little out of my comfort zone”
After about the fifth station (we went through 20), I had already pulled heavy ropes, thrown medicine balls, and done more squats than I have in my entire lifetime. I was literally too sweaty and out of breath to do anything but head nod at my new partner and try to shout my name to him over the music, which wasn’t too successful.
Oh, and the trainers weren’t afraid to tell me that I wasn’t squatting low enough too, so slacking off wasn’t really an option (no matter how much I tried to make it one).
During a round of kettlebell curls, one of the trainers noticed me struggling and came to stand in front of me and demonstrate until I was doing it properly. Arm day isn’t really in my vocabulary, so I’m sure the sweaty bro next to me was, uh, not impressed.
What’s the HIIT version of a downward dog?!!!!!!
my brain screamed the entire time.
Related Story
Gym Outfits You’ll Look Great In, Even Sweating
When class was over, the instructors flipped on the lights and brought out a spread of healthy salads and wraps for people to eat while they mingled.”Now is the time to connect with anyone you vibed with during the workout,” someone announced as I wandered to the corner with a wrap
and
salad in-hand.
Picture a room full of beautiful and toned athletes talking about their love of kayaking and Saturday nights at the gym. (I guess it’s pretty empty then? Best time to snatch the bench press machine or something.) I’m in the room, too—in the corner, alone, happy that workout was over.
So I left without a guy, a number, or really any knowledge about my dates beyond their names (maybe). I
did
leave with a burning sensation in every muscle of my body. I’ll probably stick to Hinge when it comes to dating, but maybe I’ll consider adding box jumps to my workout routine. TBD.
Katie Berohn is one of Cosmo’s 2019 summer editorial interns.
Advertisement – Continue Reading Below

Our 38 Best Vegetarian Pasta Recipes Of All Time