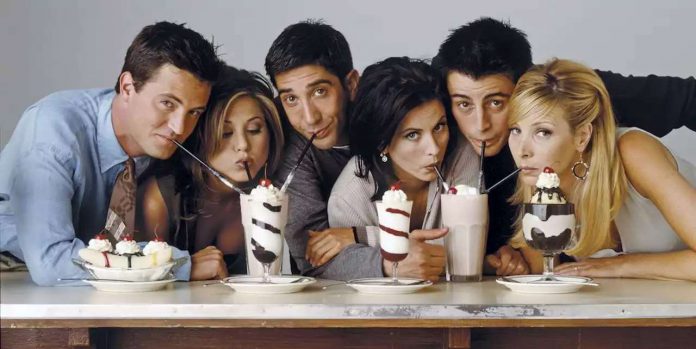 Could I BE any more upset?

Pour one out for Central Perk.
Friends
, the beloved series starring Jennifer Aniston and Courtney Cox, is officially leaving Netflix in 2020.
According to
E! News
, all 10 seasons of the show will be leaving the platform next year and will instead be available on HBO Max, the new streaming platform from WarnerMedia. It was reported that Netflix paid about $100 million to keep the show for the entirety of 2019 after fans were upset about the original January 2019 expiration date.
The show will be joining a number of other programs on HBO Max, including
Pretty Little Liars
The Fresh Prince of Bel Air
, as well as the forthcoming CW series
Batwoman
and
Katy Keene
. HBO Max will launch in the spring of 2020 and will also offer some original shows.

Watch Our Editors Play a Marathon and Beer-Themed Round of Would...