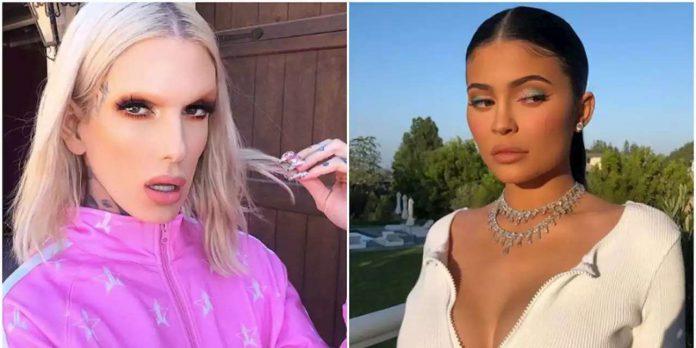 on
Jul 12, 2019 at 8:08am PDT
Truly, is there any more savage sentiment in the world than”hahahahaha” followed by a damn period? Answer: No. An-y-way, Jeffree was called out for being petty about Kylie etc, and hit the comments once again to make his feelings more than clear with
this
:
“You should probably have a seat because as a human being on this planet, I’m allowed to comment on anyone’s releases; it’s also my job… Her first skin-care drop was a complete joke and was basically a money grab so relax before trying to come for me.

I’d rather save millions of people money than letting them be ripped off by a celebrity.”
FYI, Jeffree fully hated Kylie’s first round of products as well, but she doesn’t appear to care what he thinks—at least not enough to respond to his persistent shade. That said, Jeffree’s comments are both amusing and interesting, so
for an extremely brutal video review of Kylie Skin. Spoiler alert, he says this:”My face feels basic. Feel me. Basic!”
Related Story