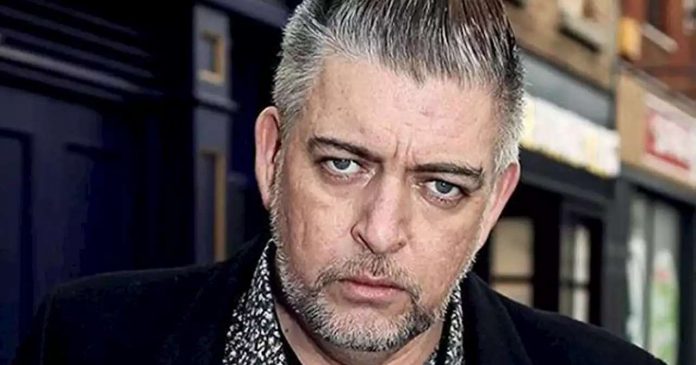 The Peaky Blinders and Batman Begins star died at the age of 47, but pals deny reports he was falling asleep on set

Pals of soap star Karl Shiels have denied reports he was falling asleep on the set of Fair City.
The actor, who played Robbie Quinn on the show, sadly died at the age of 47, it was announced yesterday.
Today, it was claimed that he’d “died in his sleep” after “falling asleep during filming”.
The Peaky Blinders and Batman Begins star was said to have been struggling to stay awake while filming scenes for Irish soap opera Fair City.
However, sources close to Karl have told Mirror Online that simply isn’t true.
They say there is no truth in the reports that Karl was falling asleep on the set and that he had worked up until Friday, just two day before he sadly died.
His agent Lisa Richard confirmed the sad news in a statement to RTÉ yesterday.
She said: “We are deeply shocked and saddened to learn of the sudden passing of our client and friend Karl Shiels, yesterday.
“Karl was a uniquely talented individual, simultaneously intense, light hearted, funny, sharp witted, outspoken and intensely powerful as an actor, director and artistic director of the Theatre Upstairs – where he was such a support and mentor for young writers, actors and directors – and of his own company Semper Fi before that.

She went on: “Our hearts are broken but today our thoughts are with his partner Laura and his family, his children and their mother Dearbhla and his many close friends among whom we count ourselves lucky to have been for so many years.”
Brigie de Courcy, executive producer of Fair City, also paid tribute to Karl.
“Joining Fair City in 2014, Karl Shiels made his mark immediately playing the formidable Robbie Quinn, and always brought such, warmth, talent and humour to Carrigstown.
“We are absolutely devastated and he will be so greatly missed by the entire cast and crew. Our thoughts are with his family at this incredibly sad time.”
Karl appeared in movie Batman Begins in 2005, as a thug imprisoned in Arkham Asylum.
Read More Showbiz editor’s picks He earned his first acting credit in 1999 in short Between Dreams and went on to appear in a number of TV shows and movies.
Throughout his career, Karl appeared in hit TV shows including Peaky Blinders, Foyle’s War, and The Tudors.
He joined the cast of Fair City in 2014 and was involved in a number of high profile storylines, most recently at Christmas when his character was reunited with former flame Carol, played by Aisling O’Neill.

How to Know If Your Hymen Is Broken Facts About Your...