Home Woman Kelly Clarkson shouldn’t have to give Taylor Swift this kind of advice... 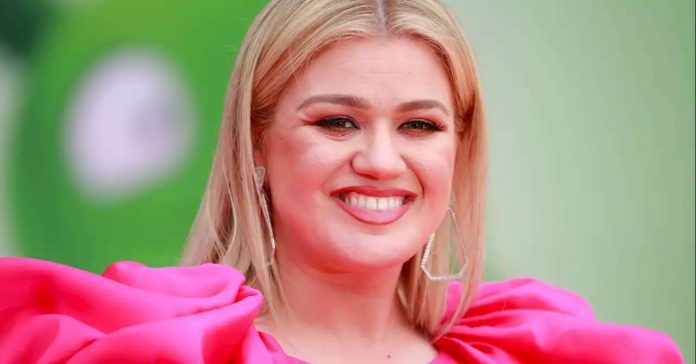 It comes amid the Scooter Braun scandal.

Kelly Clarkson
has offered her some support – and advice.
Taking to Twitter, the singer wrote: “@taylorswift13 just a thought, you should go in and re-record all the songs that you don’t own the masters on exactly how you did them, but put brand new art and some kind of incentive so fans will no longer buy the old versions. I’d buy all of the new versions just to prove a point.”
You may also like
The brilliant way Kate Nash uses her imagination when she has a crisis of confidence
Swift has yet to respond to the advice, but many fans have thanked Clarkson for her support – and highlighted the significance of it.
However, there’s no denying that Swift should absolutely not have to go to such extreme lengths in a bid to reclaim ownership over her own work. And it’s yet another example of how much more physical and emotional labour women endure in the workplace – music, after all, just another business.
It is a point which Kate Nash recently explored in her brilliant BBC Three documentary
Kate Nash: Underestimate the Girl
.
The documentary uses clips from the artist’s stage performances, interviews, pieces to camera recorded alone in her bedroom and footage from events and award ceremonies, to plot the last decade of her career and explore the way she feels she’s been underestimated, and how she’s emerged triumphant.

Essentially it’s a big middle finger up to, as Nash previously told
Stylist
, “the way media treated me and what they wrote about me, my label, managers and a lot of men I’ve worked with in the industry – it healed all of that and it healed all of the bullshit.”
She added: “As a woman there’s probably 20 people in your life that have underestimated you or will. Whether that be in your career or in your personal life and you’ve just got to battle it.”
Taylor Swift and Kelly Clarkson with Miley Cyrus in 2011
Of course, it’s worth remembering that Clarkson – like Nash and Swift – was forced to contend with difficult male managers when she was navigating the early years of her career. Indeed, when she recorded
Because of You
in 2004, she “was told that [it] was a shitty song because it didn’t rhyme”.
“A group of men thought it was OK to sit around a young woman and bully her. I was told I should shut up and sing,” the singer told
Variety
in 2017.
If anything good has come out of the ongoing battle between Swift and Braun, it’s that female artists are opening up about their experiences in what could soon be music’s #MeToo moment. We can only hope that the rest of the world will sit up and take notice.
Want weekly culture tips and restaurant reviews? Sign up for the
Stylist Loves Going Out

Raising Kids For Success In Sports And Life With Christie Pearce...