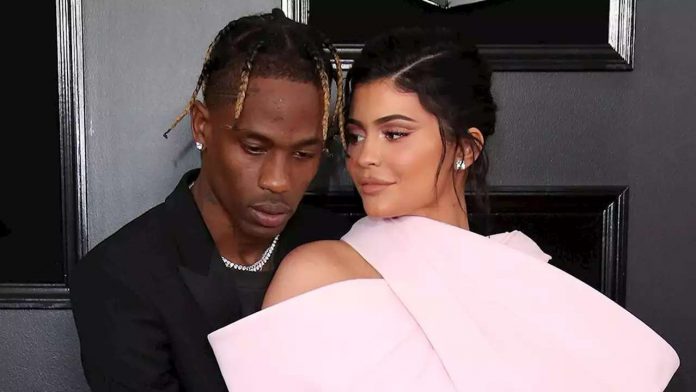 Kylie Jenner and boyfriend Travis Scott are facing major backlash after the reality star posted a picture on Instagram this week that appeared to show the couple’s car parked in handicap parking spot.

star posted a picture on Instagram this week that appeared to show the couple’s car parked in a handicap parking spot.
The
“Keeping Up with the Kardashians”
star posted a picture on Monday that appeared to show her and the popular rapper in an embrace with the caption “partners in crime 4 evaaa.”
But the post, which received over 8 million likes, revealed that the duo appeared to have parked their car in a reserved parking space for people with disabilities or accessibility issues — and fans were quick to notice.
“Parking in a handicapped spot? Really? I hope you got a ticket,” one user commented.
“Wow… no words except disrespectful… to even post it… unfollow,” another person wrote.

Another person commented that, as a handicapped individual, he was “disgusted” by the lack of respect for persons with disabilities.
“Are you aware of where you have parked? Handicap parking is for people that have disabilities and can’t walk far. I’m disabled and disgusted that you think that you have the right to park there just because you’ve been on a show and think you are above everyone else,” the comment read.
Some users defended the young entrepreneur arguing that, based on the picture, it was not immediately clear if the car was actually parked in the spot.
Paulina Dedaj is a writer/ reporter for Fox News. Follow her on Twitter @PaulinaDedaj.
On Our Radar

Rob Gronkowski Has ‘No Regrets’ About Joining Buccaneers Out Of Retirement...