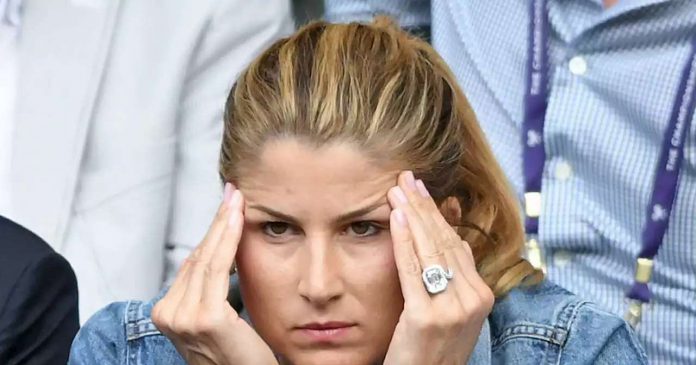 At the Wimbledon men’s final, Mirka Federer is stressed in a way we can all relate to.

She also has an Instagram fan page!
After nearly five hours of white-knuckling tension, the men’s final match ended with Federer losing to Djokovic. If Federer had been victorious, this would have been the 37-year-old’s 21st Grand Slam win. In his post-match interview, Federer joked about his family’s response to the loss. “They won’t be happy with that plate,” he said, in regards to his runner’s up trophy. “They’d rather that golden thing. But it’s nice to see them. They had a great week here.”
“Great” week? Take this woman on a vacation!

15 Beauty Products That Everyone Is Buying on Amazon

None of Your Business with Imran Amed

Is It True That Morning Sickness Is a Good Sign During...