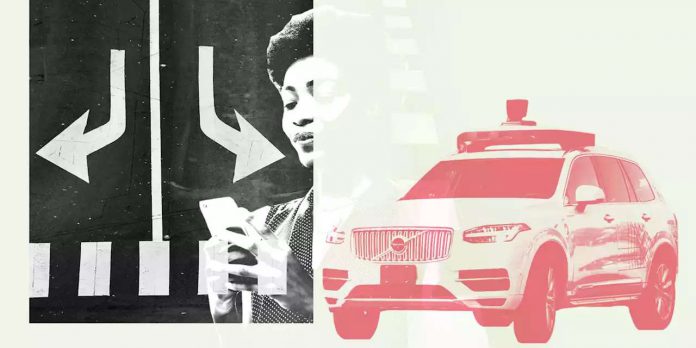 It’s not just a far-off future: Autonomous vehicles are coming, and we have women to thank.

Raquel Urtasun, Uber ATG’s chief scientist.
Courtesy of Uber
Listening to Urtasun talk about the tech behind driverless cars, it all sounds so easy. On a 3-D computer model, she demonstrates how one of her self-driving cars can weave through traffic or slow to stop at red light, as if she were playing a video game. But building the brain for an autonomous vehicle isn’t child’s play: Her team is tasked with creating a single AI algorithm that makes their driverless car smarter and safer than any cabbie.
Part of making tremendous strides in the development of the autonomous vehicles has been recruiting an all-star team of women—despite the massive boys club mentality in the tech space. “I come from the Basque region in Spain, where women have a very strong personality,” she says. One of her first hires was Inmar Givoni. The purple-haired, Israeli-born autonomy engineering manager has a big job: She and her team have to translate research into reality, building software that enables the cars to effortlessly merge lanes or brake if a dog runs into the street.
Givoni is not only the expert engineer at ATG, she’s also the resident voice for women in tech. When she’s not trying to crack the code to autonomous vehicles, she’s leading women in tech conventions and mentoring rising stars within the company and those who want in.
“When I came to Canada, it was the first time it dawned on me that there was an issue with women in computer science and AI,” Givoni says. “In Israel, it wasn’t equal, but I didn’t feel I was being held back because I was a woman. I came to Canada and I started to learn about this problem, and I became really active in the space.

Giovni is trying to change the culture from the inside out, starting as early as the job posting.
Inmar GivoniI, ATG’s senior engineering manager.
Courtesy of Uber
“The tech industry already uses a lot of ‘We’re looking for a superstar coder’ in job descriptions,” she says. “Research shows that words like that can potentially detract women and minority candidates. These are places where we need to pay attention.” That’s why her team crafts job posts with inclusive language in mind, leaning on words like “teamwork” over “competitive.”
Uber is working toward a goal of complete inclusion in its workforce. (Urtasun’s Toronto lab, which houses 50 employees, boasts an equal number of men and women.) But how will the company create a car that is safer for its female passengers?
I posed that question to Natasha Tan, ATG’s head of design. She leads the division that considers the cars from the passenger’s point of view, from the positioning of the seats to the number of windows. Creating cars that have the safety of passengers, specifically women, in mind is at the forefront of her design: Though the cars are still in their very early days of development, she’s already brainstorming ways to increase rider safety, like the ability for the cars to illuminate the path to the door.
Despite the innovative work by the three women (and a total ATG team of 1,200), the road to, well, driverless roads hasn’t been an easy one: In March of 2018, in Tempe, Arizona,

Thanks to the Maybelline New Y