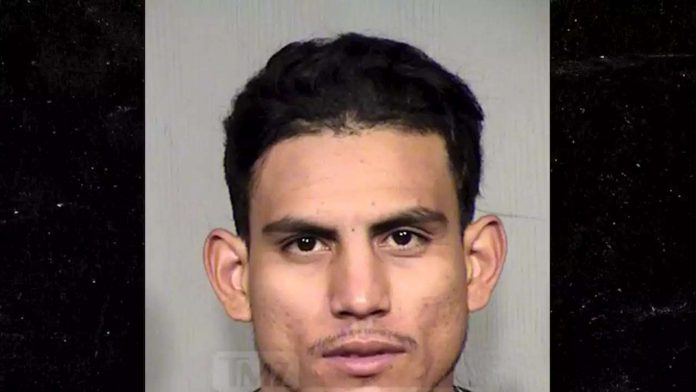 Jose Benavidez was arrested on street racing charges out of Arizona this weekend.

Jose Benavidez
was arrested this weekend for alleged street racing in Arizona.
Benavidez — who fights as a welterweight — was busted Saturday night in Maricopa County, where he was taken in and booked for one count of misdemeanor racing/exhibition of speed and one count of driving with a suspended or revoked license (also a misdemeanor).
Benavidez is no longer in custody as of Sunday afternoon, but he stuck around long enough to pose for this mug. The exact circumstances around his arrest remain unclear, but we’re working on getting more info. What we do know is that the Arizona Department of Public Safety — which has state troopers — is the agency that picked him up.

The guy is a rising star in the world of boxing — he recently fought and lost to
Terrence Crawford
, who’s a megastar. Crawford retained the welterweight belt after knocking out Benavidez in the 12th round, this following tons of trash talking from Mexican-American fighter.
He reportedly suffered a leg injury about a week ago, and postponed a fight he had scheduled with
Luis Collazo
on August 17. It was postponed for October of this year.
Unclear if this is gonna have any impact on that fight.

I’m a Guy and I Survived Anorexia

Put This Designer’s Shirt Poetry on Your Summer Reading List