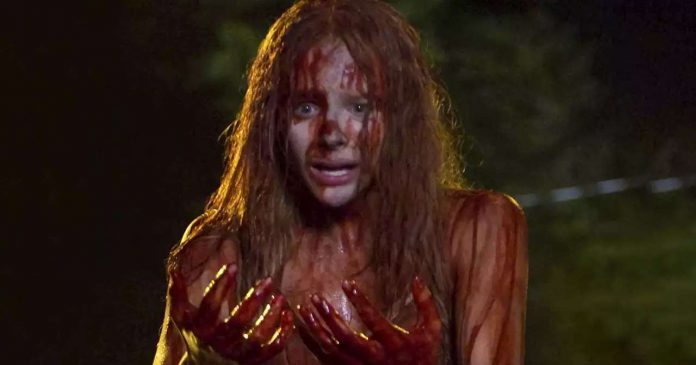 In an exclusive clip from ‘This Changes Everything,’ Chloe Grace Moretz shared how filming ‘Carrie’ made her realize that Hollywood is sexist.

and misogyny. Even more striking are the montages of dozes of famous, often-iconic scenes, proven to further harmful tropes: Women are bad at sports, women are ditzy, women are sex objects, women are less than, women are…women.
In an exclusive clip from the movie,
shares the moment she first realized that, as a woman, her opinions or skills weren’t as valued as those of her male peers.
“When I was 15, I did
Carrie
. That movie was directed by Kim Peirce, who was my first female director, but it was a massively male crew,” Moretz says in the clip.
“The biggest part of the movie is when she gets her period for the first time in the shower, and she doesn’t know that it’s her period because she had never been taught that by her mother.

To have these conversations with men who were like, ‘Well, I don’t think you should depict it that way, and I think you should depict it this way.’ And Kim and I were sitting there like, ‘Well, respectfully, I don’t think you know what you’re talking about.’ That was just the first time where I was ever like, ‘I guess men don’t see women as equal in this industry.’”
Director Kim Peirce, who had previously directed
Boys Don’t Cry
, a movie that earned Hilary Swank an Oscar for Best Actress in 1999, adds: “I was being talked to, and treated, and questioned constantly and differently.”
Advertisement
Moretz isn’t the first actress to have been made to feel uncomfortable during a period scene. Earlier this year,

Meghan Markle and Prince Harry have been revamping their home with...

They Found Love in a Hopeless Place Quarantine