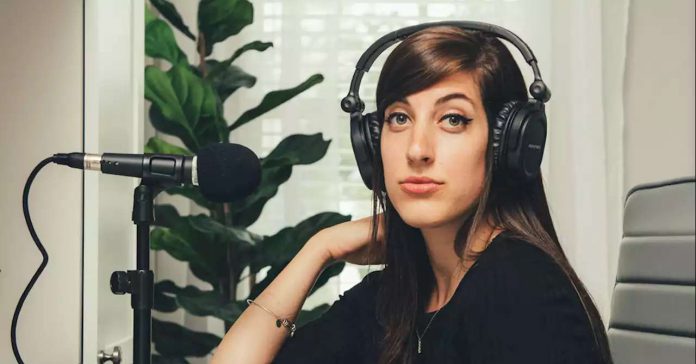 If past experience (cough, blogs) is any indication, a shakeout is nigh.

“Anyone can start one and so anyone who thinks they can start one
will
do it,” said Nicholas Quah, who runs an industry newsletter called Hot Pod. “It’s like the business of me.”
“Being a podcast host plays into people’s self-importance,” said Karen North, a clinical professor of communication at the Annenberg School for Communication and Journalism at the University of Southern California. And it projects that importance to others. Public speaking and consulting gigs now often go to “the person who’s the expert and has the podcast,” she said.
“The thing about podcasts,” Dr. North added, “is that it’s very, very hard to determine popularity. It’s easy for the host to appear to be an influencer. And whether anybody finds that podcast or listens to it and the bounce rate — who knows?”
Image
The frequency with which podcasts launch (and then “podfade” — i.e. die) has led to a degree of cultural exhaustion.
Credit
Jason Henry for The New York Times
People use all kinds of metrics to tout the popularity of their shows, whether it’s the number of iTunes reviews they get or the total downloads they receive per month. These metrics mean different things and don’t necessarily connote success. And
as recent social media scandals have shown,
popularity can be purchased.
But Dr. North said that having a big audience doesn’t necessarily matter. “When people interview experts, even if nobody ever listens to the podcast, hosts get the benefit of learning from and networking with the guest,” she said. “It’s a great stunt.”
, a newsletter that brings you stories about money, power, sex and scrunchies.
Call him cynical, but Jordan Harbinger, host of “The Jordan Harbinger Show” podcast,
thinks there is a “podcast industrial complex.” Hosts aren’t starting shows “because it’s a fun, niche hobby,” he said. “They do it to make money or because it will make them an influencer.”
Mr. Harbinger understands the irony of his position. His own podcast, in which he interviews
business
experts (recently Reid Hoffman, the co-founder of LinkedIn, and Eric Schmidt, the former executive chairman of Alphabet), and gives advice on how to be successful, gets about 250,000 downloads per episode and brings in multiple seven figures in advertising revenue
annually, he said.

Having become an aural influencer, he now receives daily requests to appear on other people’s shows. But when he informs these hosts that he won’t publicize the interview on his own show or social feeds, the requests often evaporate. “I’m so out on becoming a part of your marketing plan,” he said.
For the last few years, Mr. Harbinger has given a talk titled
“For the Love of God, Please Don’t Start Another Podcast.”
“It’s sort of tongue in cheek obviously,” he said. “I love podcasting, and the more shows in the mix the better, as long as they’re done by someone who actually cares and isn’t just trying to get a piece of pie.” What needs to be created, he said, is “a real conversation that will benefit the audience, not the host.”
Image
Jordan Harbinger, who hosts “The Jordan Harbinger Show,” a popular podcast. (The cat on the chair is named Momo.)
Credit
Jason Henry for The New York Times
Image
Drop the mike: Mr. Harbinger thinks there are too many bad podcasts.
Credit
Jason Henry for The New York Times
Image
And does your podcast have a cat? Momo among the wires.
Credit
Jason Henry for The New York Times
There’s no available data comparing podcast formats, such as how many interview shows exist and how many are news programs or narrative journalism. But industry analysts and production companies say that so-called “bantercasts,” in which the host and guests chitchat for an hour or more, likely comprise the bulk of new productions.
“So many of these are just painful,” said Tom Webster, the senior vice president of Edison Research, which tracks consumer media behavior. “We revere the great interviewers, but it’s an incredible skill that nobody has. What did

Here are all Marvel’s upcomin

I tried fasted cardio for 2 weeks – here’s what happened