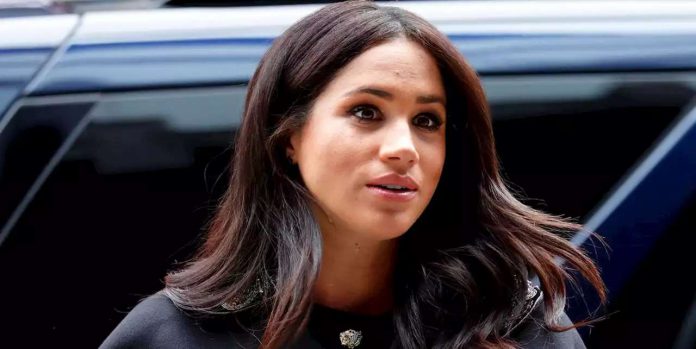 christening
she held for her and Prince Harry’s son Archie.
Obviously, Meghan is too busy living her best life to pay much attention to anonymous tennis officials who feel the need to shade her outfit, but royal reporter Victoria Arbiter (daughter of The Queen’s former press spokesman Dickie Arbiter) says she may soon reach a breaking point.
Getty Images
“As far as her American fans go, there has been a sense there’s not been enough done to protect her—at some point, you have to wonder what is going to be the breaking point,” she told
Today
.”Yes, she keeps on trucking at the moment but it can’t be anything but incredibly difficult. We need to let Meghan blossom and let her do the job she’s in the Royal Family to do and perhaps hold back on some of the criticism.

Victoria went on to explain that it’s likely hard for Meghan not to be able to address negative critics directly (as many actors do).”It’s very difficult when you come from previously celebrity background where a publicist can stand up for you or come out and say, ‘no, that report is categorically untrue. But categorically, members of the family follow the Queen Mother’s mantra ‘never complain, never explain.’ You sort of have to sit back while the world’s media, social media, everyone has become judge and jury.”
Meghan
did

Netflix’s ‘Hollywood’ Rewrites the Past

Love Island’s Anton got his bum shaved on the show and...