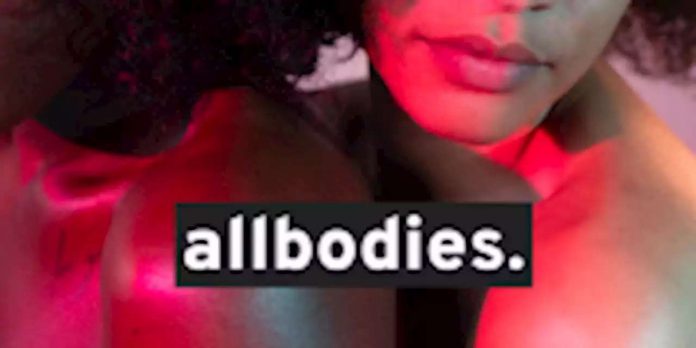 And, yeah, I feel seen—but there’s substance beyond the aesthetic

I’ll never forget the first time I realized that my gynecologist wasn’t listening to me. I was at an annual appointment, and out of nowhere, she said that I should switch the kind of hormonal birth control pills that I was on, despite the fact the brand I was using had successfully regulated my once-spotty period. Not two days into the new pills I bled profusely, and I was feeling severe pain near my pelvis. I called my gynecologist’s office to ask about the pain and the blood, but I was told to push through, that it was normal, that my pain was normal.
I’m not alone in my experience of not feeling heard by a medical professional, and surely many women and vagina-having people have dealt with much worse situations than my own, situations where their pain was not taken seriously. In fact, research has shown that gender discrimination is alive and well when it comes to doctors not hearing women who say they’re in pain. Luckily, I was able to call a different physician to have my pills switched back, but not everyone has this privilege. That’s where Allbodies—formerly called Cycles + Sex—comes in.
Allbodies is a digital platform created by Lauren Billie and Ash Spivak that aims to provide women and people with vaginas with a breadth of information regarding their bodies and minds so that they have the tools to combat gendered gaslighting in the medical field. The website, an expansion of the platform’s popular Instagram page, contains resources on all things periods, reproductive health, birth control, consent, LGBTQ+, and much, much more.
The platform consists of three orange-and-blue-hued sections: Learn, Shop, and Find Help. Each acts as a bundle of information and support that, according to the co-founders, people need in order to truly have a *healthy* health care experience.
“It comes from a lot of personal experience for both of us,” Spivak said.”I was never taught anything about my body. I thought I could get pregnant every single time I had sex. That actually wasn’t the case.” Spivak is also a birth doula, which is an individual who assists those having children during the birthing process. She said that she has worked at hospitals where she’s seen many doctors make decisions about incisions and medication without first asking for the patient’s permission.
When it comes to our health, even when we are asked for our input, Spivak said western medical practices encourage us to be skeptical of our own bodily feelings and sensations, leading us to not trust our own guts when it comes to our well-being.”We carry a lot of information about ourselves,” she said.”A lot of people in our community will share how they’ll go to their doctor, say they’re in a lot of pain, and their doctor won’t listen to them. We want to give them information to empower them.”
The educational vertical of the site is medically reviewed in its entirety and follows research guidelines created by a UCLA Gynecology team. In addition to this information, readers can also find recommended doctors and practitioners for any bodily need, as well as therapists and trauma and abortion support systems. And the price of all this information? Well, for now, zero.
“Health care is a really broken system with trillions of dollars, and a lot of millennials don’t even have health insurance,” said Billie.”It’s a grassroots-style movement, and it’s in a time in culture when people with vaginas and people who have been marginalized are pissed. This niche of reproductive and sexual health is a way into the greater health care story.”
Billie and Spivak said that all of the recommended professionals are heavily vetted through one-on-one interviews and speaking with the professionals’ clientele.

They want people to visit the site when they’re feeling erased by wherever they currently receive medical attention (if they receive any at all), and ultimately, they want to become a major partner in the health care industry.
For those feeling lost by past experiences in the medical realm, this could very well be the push they need, and could give them the confidence—and evidence—necessary in order to leave those currently overseeing their care for an All Bodies-recommended professional.
“The more we talk with doctors who don’t take us seriously, the more we’re saying that kind of health care is valid. We’re not saying gynecologists are horrible. We’re just opening up people’s eyes to the fact that their training is limited,” Spivak said.”Basically, we’re holding accountable the broken system,” Billie added.
This”broken system” includes doctors that blatantly ignore the needs of their patients or, especially for many queer individuals, the ways in which they are given false information and judged by their doctors for not conforming to a heteronormative medical narrative.
It doesn’t hurt that, in addition to the medical advice Allbodies provides, there’s the more, well, fun stuff, like a shopping vertical, where customers can buy things like CBD arousal oil, colorful butt plugs, various menstrual cups, cotton undies—you name it. All of the products are curated and cleared by the co-founders and health care providers. Most importantly, they’re items that many people may not have access to in a typical store or medical setting.
“Our approach in general to business and to this work is everyone’s voice is welcome to the table,” Billie said.”We want to influence how consumers are thinking about their health care. We’re not trying to make a bunch of money off of people.”

Netflix announced today that it has retroactively edited the first season finale of 13 Reasons Why. While it’s not typical to add such a major edit two years after a show debuts, the controversy over the scene in which the main character, Hannah (Katherine Langford), kills herself, never went away, and Netflix decided it was time to take action.
Keep reading… Show less
Beauty routine, meet SOL Body—the latest line from SEED Beauty, creators of cult-favorite brand ColourPop. Designed to”highlight your highlights,” the sister brand is launching with a summer-appropriate Shimmering Dry Oil, available in four different shades—platinum, soft gold, warm gold, and bronze.
Keep reading… Show less
Grimes is the star of the Adidas by Stella McCartney FW19 collection campaign, and the photos are out of this world (literally). Shot on a rocky shore that looks like it could have been used for a scene in Star Wars, Grimes rocks all the latest athleisure from the collab and makes a serious case for me spending my entire paycheck on the line.
Keep reading… Show less
If you’ve ever fallen in love with a beauty brand born on the internet, then you know the biggest challenge is waiting three to five business days (longer if there’s a waitlist) for your holy grail product to make it to your doorstep. And while many have been predicting the death of brick-and-mortars for nearly a decade, there’s no denying the convenience of being able to go into a store and walk out with the thing you need.
Keep reading… Show less
The MTV show that brought you early aughts staples like Danity Kane is headed back to the small screen. MTV is teaming up with Sean”Diddy” Combs to bring back Making The Band for a 2020 premiere and is seeking out talent from all over the globe to make the reboot great.
Keep reading… Show less

Truth About Caitlyn Jenner’s Will