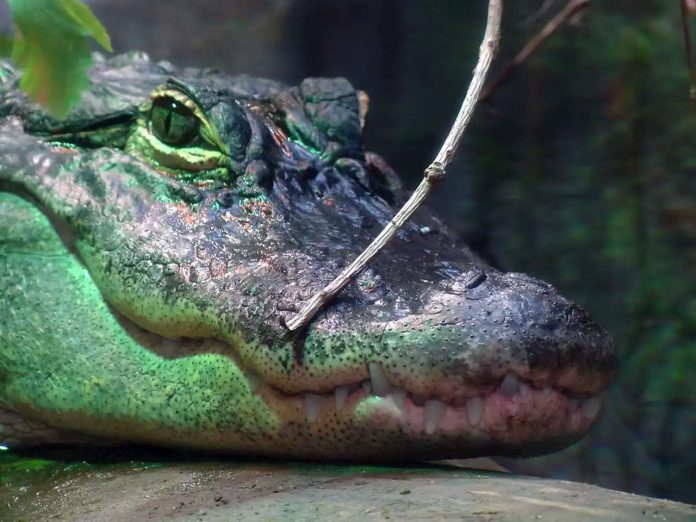 A Tennessee police department is cautioning residents against flushing drugs down the toilet for fear of creating ‘meth-gators,’ or alligators on methamphetamines.

A Tennessee police department is cautioning residents against flushing drugs down the toilet for fear of creating”meth-gators,” or alligators on methamphetamines.
Last Saturday, the Loretto Police Department announced on Facebook that authorities had served a search warrant at the home of suspected drug dealer Andy Perry. When officers entered the residence, they reportedly found Perry trying to flush meth, along with other items of paraphernalia, down the drain. Authorities arrested him and seized 12 grams of meth, 24 fluid ounces of liquid meth and the paraphernalia.
The incident led Loretto police to jokingly issue a warning about improperly disposing of drugs.
“Folks … please don’t flush your drugs m’kay,” the department wrote.”When you send something down the sewer pipe it ends up in our retention ponds for processing before it is sent down stream. Now our sewer guys take great pride in releasing water that is cleaner than what is in the creek, but they are not really prepared for meth.”
Flushing the drugs could harm wildlife, police added.
“Ducks, Geese, and other fowl frequent our treatment ponds and we shudder to think what one all hyped up on meth would do,” the department wrote.

Furthermore, if it made far enough we could create meth-gators in Shoal Creek and the Tennessee River down in North Alabama. They’ve had enough methed up animals the past few weeks without our help.”
The police’s hilarious post immediately went viral — as of Tuesday morning, it had been shared nearly 600 times and has received over 200 comments. Many Facebook users, including one civic institution, joined in on the fun.
“Meth gators are not allowed in the library, unless they are registered service meth gators,” the Loretto Branch Library wrote.”Documentation may be required.”
“Yall all worried about the meth-gators, but what about the crack-odials?” another person wrote.
Although there has yet to be a report of an actual”meth-gator,” authorities in Alabama did arrest a man who allegedly fed meth to a squirrel that he purportedly trained to attack, according to the Associated Press. Cops in that case, however, were unable to test the squirrel — inappropriately named Deeznutz — for the drug and released it.