Home Woman Lili Reinhart and Cole Sprouse are majorly trolling the internet over those... 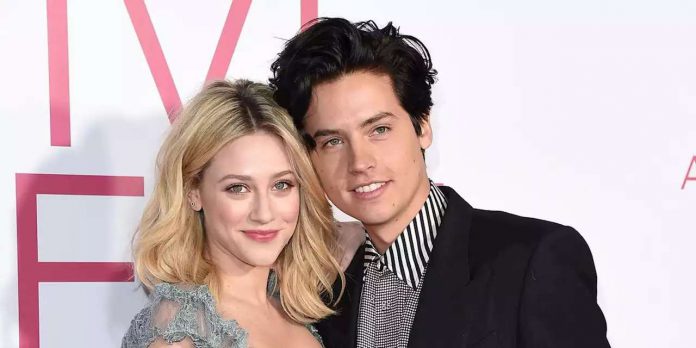 article featuring both Lili and Cole
and claimed they insisted on being interviewed separately.
The writer, David Amsden, said he had “suspicions” that Lili and Cole were headed for a breakup, which was announced three days ago. But Lili and Cole just came out on Instagram with the fire and fury of a thousand Veronica Lodges.
Getty Images
In the article, Lili was quoted as saying, “We’re acknowledging that we’re in a relationship, but it’s a small part of who we are as people. We want our own separate identities.” And Cole said that Lili is her own person, which is why it was so important for him that they do the interviews individually.
They also talked about all the crap they have to deal with as celebrities and coworkers who are dating each other, but Lili and Cole clearly have a bone to pick with everyone talking about their relationship—or lack thereof—right now.

Getty Images
Lili then shared a pic of their magazine cover and wrote, “BREAKING: A reliable source has confirmed that none of you know shit.”
At the same exact time, Cole posted, “UNPRECEDENTED: Cole Sprouse and Lili Reinhart consume the flesh of ‘reliable sources’ to fuel their bacchanalian sex cult.” (I must say, the level of coordination on these posts is incredible.)
Okay, take a minute to google what a “bacchanalian sex cult” is and then come right back here.

The Most Breathtaking Chanel Show Sets