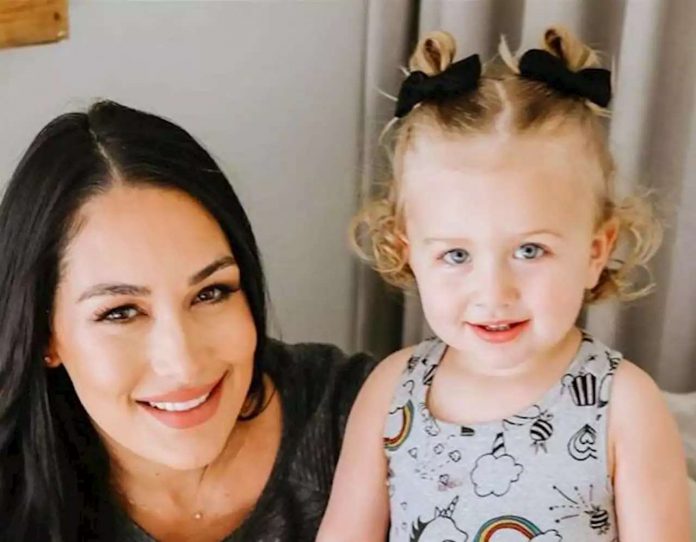 The E! star opened up about the difficult transition into motherhood.

and remembered how she felt. “I’ve worked over a decade and I worked so hard for
that
. I wanted to be part of that,” Brie said.”All of a sudden, it was like the day I got pregnant, it was like all of sudden the women were starting to make history. They were giving them longer matches. They were doing bigger things and I just remember feeling so bad.”
While the reality star clarified she didn’t feel like she had made a mistake, she did question whether it had been the right time to have a baby. Eventually, Brie was back in the ring.
Instagram
“I really had a hard time with my identity,” she said.”I ended up making a comeback because I missed the old Brie and I failed so bad at it in front of the world.”
She recalled being bullied online about her performance with critics blaming motherhood. The online commentary took a toll.

I couldn’t get those trolls’ voices out of my head,” she remembered.
Instagram
“It made me realize, ‘Brie, the old you is gone. You gotta really figure out who you are today and WW
is the past
,'” she said. However, her guests assured her an old version of her is not”gone,” but that she is an improved version of herself and an inspiration to moms watching her.
Much like how she sought out a life coach, Brie encouraged others experiencing their own struggles to seek help.
“Anyone out there who struggles with depression or does go through some hard times or feels a little lost, whether it’s with your identity or just with bullying, to reach out to someone because I was there,” she said.”You want to be away from everyone—even my baby. I was just depressed.”
Share

5 Cant-Miss Activities for a P

MTV Movie and TV Awards Every Look from the Red Carpet