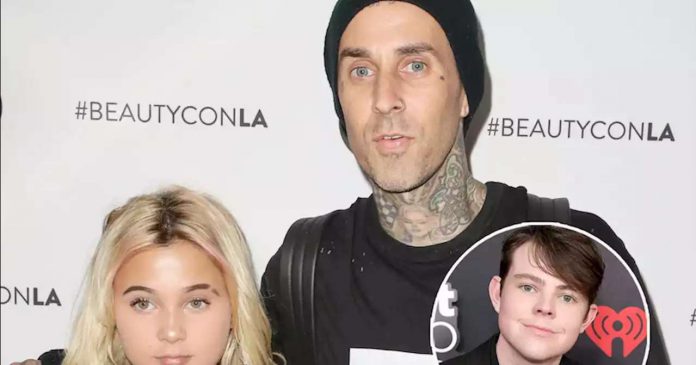 The 13-year-old says Sierota ‘is very sorry about the situation’ and she would ‘like for this all to be over.’

Getty
More Photos of Travis Barker and His Children
She adds that she”would like for this to be over” after the controversy blew up online.
Travis Barker’s
13-year-old daughter Alabama is speaking out after 20-year-old Echosmith drummer Graham Sieroa apologized for sending her private messages on Instagram.
“Hey guys! I am posting on behalf of the drummer of Echosmith,” wrote the teenager early Friday morning. “He had dmed me a while back in 2016 and then once again in July saying I was beautiful and invited me to a bbq and invited me to a bbq at his house. He is very sorry about the situation and regretful I forgive him and would like for this to be over.”
View Story
Alabama first exposed Sierota in her Instagram Stories for DMs that began in 2016, when she was just 10. At the time, he said he thought she was “beautiful,” but she didn’t appear to respond.
Then, in mid-July of this year, he sent her an invitation to a BBQ. About a week after, she responded saying “Ur like 40.” In response, he wrote, “I just wanted to say i really like ur music and sorry for messaging and I’m 20.

She responded, “Ok but u understand I’m a child?”, before
sharing screenshots
to her Instagram Stories with the caption, “Hey guys! So once again I am bringing this to your attention because I’m a 13 year old girl and he is 21/20 super creepy.” She also tagged Echosmith’s official account in the Stories, which expired from her page after 24 hours.
View Story
Graham later admitted he sent the invitation this month and apologized for doing so.
“I had invited Alabama to my parents’ big family BBQ along with many other people, and it wasn’t until she responded that I realized her age at which point I apologized to her,” said the musician.
“I’m really sorry and feel very badly about this. I didn’t realize she was a minor and assumed she was my age,” the statement continued. “I made a careless mistake and this is a big lesson for me. I would like to apologize again to Alabama, her dad Travis, and her family.”

4 body signals that show your

Lena Horne Limited Series in the Works at Showtime