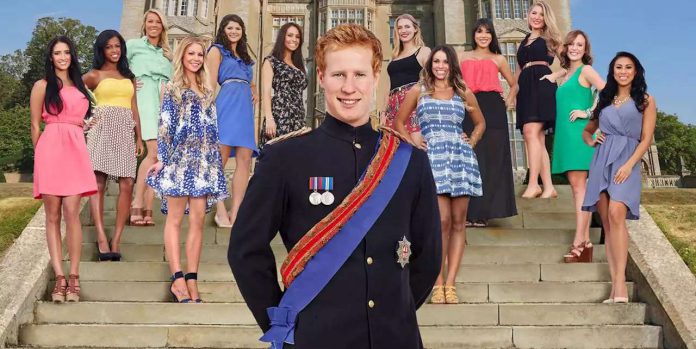 Reality television can be strange, but these shows are on another level. From Born in the Wild to Joe Millionaire to The Swan – a list of the top ten most bizarre shows to exist on television.

, the Lifetime press release read,”What happens when the craziest experience of a woman’s life becomes truly wild, and soon-to-be parents decide to take on an unassisted birth in the outdoors?
Born in the Wild
will document the journeys of young, expectant parents who have chosen to give birth ‘in the wild.'”
The show’s producers said an ambulance and an EMT were on site during filming, BUT this seems very dangerous.
Born in the Wild
lasted for only one season in 2015.
Joe Millionaire
Because scamming women into thinking your rich is
hilarious
. The premise of the Fox show, which debuted in 2003, is that one bachelor, Evan Marriott, inherited a fortune and is on the hunt for a bride. He takes a group of hopeful ladies on dates to luxurious locales, eliminating them at the end of each episode à la
The Bachelor
. The twist? Marriott isn’t a millionaire at all. He’s a construction worker. The last woman remaining in the competition was told the truth and if she stayed with Marriott, the couple was surprised with a real check for a million dollars.
The Swan
Where to start with how problematic this Fox show is? Essentially, two women undergo a total physical transformation at the hands of a panel of plastic surgeons. At the end of each episode, one woman is eliminated and the other woman goes on to compete in a sort-of pageant-like setup that acted as
The Swan
‘s finale. The show only lasted for two seasons in in 2004 and 2005, before it was cancelled due to low ratings. One contestant, Lorrie Arias, (featured in the above clip) told
Huffington Post
that she has depression, agoraphobia, and extreme body dysmorphia. According to the publication, Arias had the most procedures of any contestant on the show ever, including a a tummy tuck, buttock lift, inner thigh lift, dual facelift, upper lip lift, upper and lower eye lift, endoscopic brow lift, rhinoplasty, breast augmentation, and breast lift.”I was screaming for the executive producer,” she told
Huffington Post
.”I was screaming, ‘I want my face back!’ That’s how freaked out I was. Intelligently, I knew that was impossible. But it was so weird. It was like looking at somebody else, but it was you.”
Who’s Your Daddy
This 2005 Fox show oddly parallels
The Bachelor
series, with contestant TJ Myers set up in a luxurious mansion with a bunch of men. Except, Myers isn’t looking for love—she’s looking for her father, who gave her up for adoption when she was a baby. She asks the men questions and puts them through a series of competitions (according to
, she has them show off their dance moves, because she knew her dad was a champion disco dancer).

Instead of handing out a roses at the end of an episode, she tells them:”I feel like you could be my father.”
According to
Today
, the National Council for Adoption pleaded with Fox’s 182 affiliates not to air it, as they felt it,”trivialize[d] a deeply emotional experience.” The show was shelved after just one episode.
Neustadt of
visits Hollywood Blvd on April 29, 2008.
Getty Images
Farmer Wants a Wife
Based on a U.K. series of the same name, this one-season 2008 CW show consisted of ten”city women” with jobs like jeweler, public relations agent, and marketing representative competing for the love of farmer Matt Neustadt. The show was filmed in St. Charles, Orchard Farm, and Portage des Sioux, in Missouri. Neustadt shows the women his farm and how to care for animals.
Scream Queens
The 2008 VH1 show chronicled a group of budding female actresses all vying for a role in a horror film. They competed in horror film-inspired challenges, and an actress was eliminated each week. The first season’s winner, Tanedra Howard, landed a role in
Saw VI,
and the second season’s winner, Gabby West, won a role in
Saw 3D
.
I Wanna Marry Harry
A competition featuring a pre-Meghan Harry looking for love would, obviously, be amazing (sign me up!)—but this 2014 Fox dating series hinged on a red-headed man who sort-of-kind-of-not-really looked like Prince Harry named Matthew Hicks who pretended he was a royal to trick girls into dating him.
Kid Nation
This 2007 CBS series is like the reality television version of
Lord of the Flies.
In the show, 40 kids, ages 8 to 15, spend around six weeks without parents in a New Mexico ghost town, where they try to create a functioning community, including a government system. The show was hounded by accusations of possible child abuse and labor law violations, according to
. The child actors on the show reportedly worked as many as 14 hours a day.
You can still watch full episodes,
.
Shattered
This 2004 U.K. show is SO WILD. Contestants had to stay awake for seven days (talk about dangerous!) and endure daily performance testing and a series of challenges. If, at any point, someone closed their eyes for over ten seconds, money was deducted from their final prize.
If this premise interests you, Netflix has something similar you can

Tess Holliday Shares Her Best Advice for Anyone Struggling to Love...