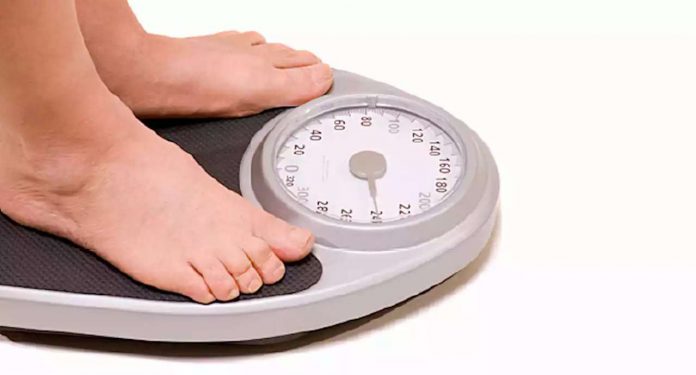 Nearly 40% of U.S. adults are obese, putting them at a higher risk of earlier death, heart disease, stroke, some cancers, and gallbladder disease, among other problems.

Although the FDA has approved five medications for weight loss, they don’t work for everyone, and side effects, such as higher blood pressure and nervousness, can make them not work for some people.
Bariatric surgery is another option, but not everyone is considered eligible for it, and some people just don’t like the idea, says Shelby Sullivan, MD, an associate professor of medicine and director of the Gastroenterology Metabolic and Bariatric Program at the University of Colorado School of Medicine. Generally, bariatric surgery, such as gastric bypass, is suggested for people with a body mass index of 40 and higher, or with a BMI of 35 and another health issue besides obesity, says Sullivan.
And the surgery isn’t successful or uncomplicated for everyone. Among the possible side effects are failure to lose weight, low blood sugar, intestinal perforation, bowel obstruction, and nausea.
The nonmedical, nonsurgical options”broaden therapy to a larger number of patients,” since some are indicated in those with lower BMIs than needed to qualify for bariatric surgery, Sullivan says.”There are now more nonsurgical options for obesity than ever before.” People with a BMI of 30 or higher are considered obese, and people with a BMI of 25 to 30 are considered overweight.
But each option has downsides — costs are high and often not covered by insurance, and possible side effects can range from bothersome to serious.
ESG, or Endoscopic Sleeve Gastroplasty
Among the newer options is the endoscopic sleeve gastroplasty, which Rivera had. It’s also sometimes called accordion procedure. It’s recommended for people with a BMI of 30 or higher.
With the patient under anesthesia, the doctor puts an endoscope (a flexible tube with a camera and a suturing device attached) down the throat and into the stomach. The doctor places about 12 stitches in the stomach. That changes its structure to a tube shape and limits how many calories are absorbed. The procedure takes about 90 minutes. Afterward, the patient phases in food, going from a liquid diet to a regular, healthy diet.
Reem Z. Sharaiha, MD, an associate professor of medicine at Weill Cornell Medicine and assistant attending physician at New York-Presbyterian Hospital, said it can bring substantial weight loss. She recently presented the results of a 5-year follow-up on 203 patients at Digestive Disease Week 2019, a conference of gastroenterologists and other specialists in San Diego, CA.
At the start, the patients had an average body mass index (BMI) of 39. At 5 years, the weight loss averaged about 41 pounds, or nearly 15% of total body weight.
In the 5-year study, Sharaiha found that patients were likely to get to their lowest weight 2 years after the ESG was performed.
Among the possible side effects are nausea, vomiting, and abdominal pain. It costs about
$
10,000 to $15,000, without insurance, says Christopher Thompson, MD, director of endoscopy at Brigham & Women’s Hospital and an associate professor of medicine at Harvard Medical School.
Gastric Balloons
The FDA has approved three intragastric balloons since 2015: ReShape, Orbera and Obalon. Sullivan and her colleagues compared the 6-month total body weight loss in 74 patients who had one of the 3 systems and found it was similar — 12.4% for Obalon, 9.9% for Orbera and 10.9% for ReShape. (They also looked at ESG and found that total body weight loss was 14.6% at 6 months.)
The balloons are recommended for people with a BMI between 30 and 40.
As with any device, there can be side effects. After a balloon is put in,”almost everyone has nausea and vomiting the first week,” says Andres Acosta, MD, a senior associate consultant in gastroenterology and hepatology at the Mayo Clinic.
The balloon could deflate and move through the digestive system, causing a blockage. In 2017, the FDA issued an alert after several patients died after the procedure. Twelve deaths, including 7 in the U.S., are linked with the use of ReShape and Orbera balloons.
Costs for balloons range from about $6,000 to $10,000.
AspireAssist
In 2016, the FDA approved a procedure called AspireAssist. It works by using a tube to remove some of what’s in your stomach after you eat. A recent study found it worked as well as ESG to help patients lose weight and keep it off. It’s intended for adults who are at least 22 years old with a BMI of 35 to 55.
Side effects include indigestion, nausea, vomiting, constipation, and diarrhea. There are also risks related to placing the tube and with the stomach opening where it is placed, such as stomach discomfort or pain, leakage around where the tube is placed, and infection. The costs ranges from $7,000 to $13,000, and it is not yet listed as a covered procedure by any health insurer, the company says.
Another treatment, the vBloc vagus nerve stimulator approved by the FDA in 2015, is no longer being used in patients, says Diane Utzman-O’Neill, director of marketing for ReShape Lifesciences Inc.
Coming: TransPyloric Shuttle (TPS)
In April, the FDA approved a weight loss system called the TransPyloric Shuttle, or TPS, which is not yet on the market. It uses a removable gastric balloon that delays emptying of stomach contents to help weight loss, says Lian Cunningham, MD, PhD, a spokesperson for BAROnova Inc., the maker. Unlike traditional intragastric balloons, which take up space and make people feel full faster, this device makes food pass into the intestines more slowly, Cunningham says. (The pylorus is the opening from the stomach into the small intestine.) The device is about 90% smaller than other gastric balloons, the company says.
The procedure, done with the patient under sedation, takes about 15 minutes.
It’s approved to stay in for up to 12 months and is used with diet and exercise.

Once weight loss is achieved, the device is deflated and removed. The FDA approved it for people with a BMI of 35 to 40, or with a BMI of 30 to under 35 if they have other medical issues, such as diabetes.
In studies evaluating more than 300 patients, 66% of them had at least a 5% decline in total body weight, compared to 30% of those in the control group, the FDA says. On average, people who got the device lost 9.3% of their body weight, while the control group lost less than 3%.
Possible side effects include abdominal cramping, infection, inflammation of the pancreas, aspiration of the stomach contents, and other problems, according to the company.
Cunningham did not know when the TPS might be on the market, or its cost.
Coming: Plenity
In April, the FDA also approved Plenity, prescription capsules people take with water before lunch and dinner. The FDA views it as a medical device because it is an ingested material that occupies space in the stomach (and then passes from the body naturally via the GI tract). It’s meant to be used along with diet and exercise. It is approved for people with a BMI of 25-40.
The capsule, which contains cellulose and citric acid, releases thousands of tiny particles that absorb water in the stomach. This creates small gel pieces with the firmness of food like vegetables but minus the calories. The pieces create more volume in the stomach and small intestine contents, so the user feels full.
In a study of 324 people, those on Plenity lost about 6.4% of their body weight over nearly 6 months, while people on a placebo lost 4.4%. Nearly twice as many on Plenity lost 5% or more of their total body weight.
Gelesis, which makes Plenity, plans to launch the product this year, says Stephanie Simon, a spokesperson, and it’s expected to be widely available by 2020. No details have been released yet about its cost. There is no time limit put on the use of Plenity, and she says”its strong safety profile makes it ideally suited for long-term use.”
In studies of Plenity, the treated group was no more likely than the placebo group to have side effects. The most common were stomach problems, occurring in 38% of those taking Plenity and 28% of those on a placebo. They include diarrhea, stomach distension, infrequent bowel movements, flatulence, constipation, nausea, and stomach pain.
Under Study: Adjustable Balloon
Another balloon, called the Spatz3 adjustable intragastric balloon, is now under FDA review. While other balloons are meant to be removed after 6 months, this one is designed to stay in place up to a year. It’s meant for people with a BMI of 27 and higher.
It’s also adjustable, allowing the doctor to increase the balloon volume for more weight loss, according to the company.
In four studies evaluating the Spatz3, weight losses have ranged from about 36 to 54 pounds, with up to more than 48% excess weight loss.
“It’s the first adjustable,” says Acosta, who was involved in the research on the device.”That is a big benefit.”
The balloon is inserted during a 15-minute procedure with the patient under sedation.
Side effects include nausea, vomiting, and abdominal pain. As with other balloons, it can deflate on its own.
Beyond Procedures
Not everyone is a candidate for every procedure. People who’ve had previous surgery on the stomach or esophagus, for instance, can be disqualified from having a balloon placed in the stomach. A structure defect in the esophagus is one condition that rules out the TPS, the company says.
Costs may not be covered by insurance. Some doctors offer financing plans.
Doctors say a range of options is needed to treat a wide range of people. For instance, both ESG and balloons can be effective, especially for people with a BMI between 30 and 40, says Sharaiha, who reported on ESG results at the recent meeting. But patients often prefer one over the other.
“Balloons and other removable (non-permanent) devices will always have a role in the spectrum of tools for obesity management,” Acosta says. Patients should know that balloons do not produce as much weight loss as surgery, but they are safer than surgery, he says. He thinks ESG, which is safe and more effective than balloons for weight loss, is becoming more popular, but it’s permanent, which does not appeal to some.
“There’s no best [treatment] for the whole population, but a best for individual patients,” Thompson says. Having access to a doctor trained to do the procedures can also affect which one patients will choose.
The range of options is making it easier to personalize treatment to a patient’s preferences, he says, providing”precision medicine.” Combination therapy will also become more common, he predicts, with a weight loss pill perhaps combined with a procedure, such as ESG.
As successful as some of the procedures are, they’re not enough for long-term weight control. Doctors stress the importance of changing lifestyle habits, such as eating a healthier diet and getting regular exercise.
Rivera took those instructions seriously.
“I’m Puerto Rican,” she says.”I used to eat rice and beans, a couple pieces of fried chicken, and then dessert. That was typical. I ate lots of starches. Now, although I still have those foods, I have less, maybe half a cup of rice.”
She’s cut back on other starches, too.”I eat more on the protein side.”
Thompson was an investigator on the Spatz3 balloon. Sharaiha was formerly a consultant for Apollo, which makes the ESG OverStitch device. Sullivan is a consultant for USGI Medical, Obalon Therapeutics, Elira Therapeutics, Aspire Bariatrics, and Spatz, and has stock warrants in Elira Therapeutics.
WebMD Health News

Everything Troye Sivan Does In a Day

How Will the Trump Administration’s School-Reopening Standoff End?