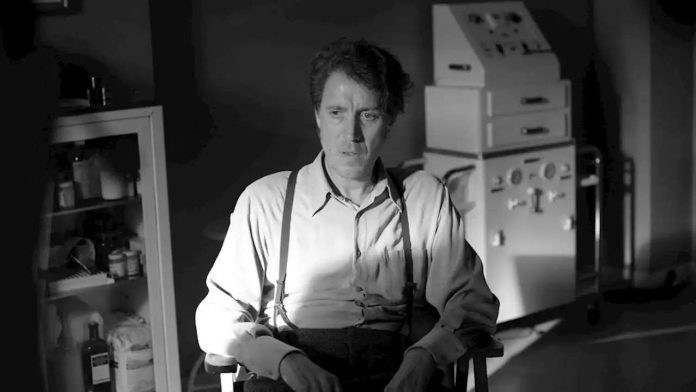 has taken on world rights to feature drama
Last Call
Dominion
), starring Rhys Ifans and John Malkovich.
Rodrigo Santoro, Romola Garai, Tony Hale and Zosia Mamet also star in writer-director Steven Bernstein’s (
Decoding Annie Parker
) black-and-white pic about Welsh poet Dylan Thomas.
The film is a fictional portrait of Thomas’s last day at New York watering hole the White Horse Tavern, leading up to his untimely death at age 39. Ifans portrays the bohemian word master who had reached significant celebrity during the 1950s with such poems as
Do Not Go Gentle Into That Good Night
. Malkovich plays the poet’s confidant and enabler, Dr. Fenton.
The movie was first shown at the Rio film festival in 2016 and then again at the Tallinn film festival in 2017 but producers claim those were unfinished versions of the film and that additional post-production and editing work has now been carried out.

K Street CEO Charles Agron has financed the updates to the movie and is now a producer on the project alongside Richard N. Gladstein, Jack Settipane, Steven Bernstein, Carolyn Rodney, Nolan McDonald, Jacek Szumlas and John Malkovich.
K Street is planning to release the film stateside either at the end of this year or early next year. The company is also planning to take it to markets such as the AFM in November. Lightning Entertainment was previously aboard for international sales.
K Street’s releases to date have included doc
And The Winner Isn’t
and rom-com