Home Woman Lady Gaga’s New Album Talks About a Relationship That Felt Like a... 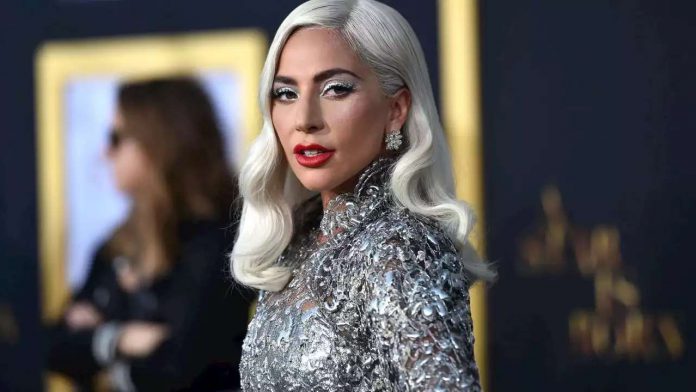 Who is she singing about? Let’s investigate.

in mid-2019, so it
could
be about him. Or maybe it centers on Christian Carino, her ex-fiancé whom she dated for two years and
broke things off with
in early 2019.
Another song on the album, “Replay,” covers similar themes. Gaga addresses a less-than-perfect past relationship but doesn’t offer a ton of specifics. It’s unclear if this is the same relationship discussed in “Fun Tonight.” “Who was it that pulled the trigger: Was it you or I?” she sings. “I’m completely numb. Why you acting dumb? I won’t blame myself ’cause we both know you were the one.” On the chorus she wails, “I don’t know what to do; you don’t know what to say. The scars on my mind are on replay.” And later on in the song she says, “You’re the worst thing and best thing that’s happened to me” and “Your monsters torture me.” Whoever this is about, it’s clear they left a serious imprint on Gaga.
Advertisement
There isn’t anything on these tracks that directly mentions any particular relationship. But if you take all the love songs on
Chromatica,
they tell a story. Gaga starts at a low place on tunes like “Fun Tonight,” “Replay,” and “Plastic Doll.” (“Don’t play with me. It just hurts me,” she sings on “PD.”) But on “Free Woman” and “Enigma,” she’s moved past that hurt and rejoices in her single life. “I’m still something if I don’t got a man,” she sings. “I’m a free woman!” On “Enigma,” she’s laments, “We could be lovers, even just tonight. We could be anything you want. We could be jokers, brought to the daylight. We could break all of our stigma. I’ll be your enigma.”
“Sour Candy” shows Gaga breaking down her walls.

“I’m hard on the outside, but if you give me time then I could make time for your love,” she sings. And by “Stupid Love,” she’s a full-blown romantic again. “You’re the one that I’ve been waiting for! Gotta quit this cryin’! Nobody’s gonna heal me if I don’t open the door. Kinda hard to believe, gotta have faith in me,” she sings. Later she croons, “Could this love protect me from the pain? I would battle for you, even if we break in two.” Gaga is
with Michael Polanksy, CEO of the Parker Group. Maybe this relationship served as a healing vehicle for her? Who knows!
Regardless, the theme of mending a broken heart is certainly strong on
Chromatica
—and it poignantly comes to a crescendo on “Sine From Above,” her duet with Elton John. “I lost my love and no one cared,” she reveals before declaring, “I heard one sine from above. Then the signal split in two. The sound created stars like me and you. Before there was love, there was silence. I heard one sine. And it healed my heart.” “Sine From Above” is really open to interpretation, though. There’s certainly an argument that the song tackles romantic love, but the lyrics could also be about overcoming another loss, like death.
It’s interesting that the lyrics on Lady Gaga’s
Chromatica
are both vague and specific, universal and singular. That’s what makes a great pop song, right? These songs can be exactly what you need them to be. For me, I hear a clear through-line of overcoming heartbreak—but how about you? Find out by listening to
Chromatica

Why Didn’t Anyone Tell Me Rosie Huntington-Whiteley Has the 1 Best...

Discipling Your Kids in the Summertime – LifeWay Women All Access