Home Woman How to be better at arguing in a relationship – and why... 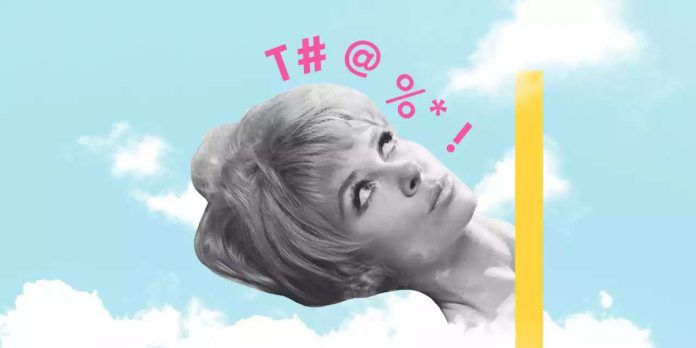 Arguing with your partner doesn’t need to be a bad thing – and learning how to argue more effectively can actually be really positive for your relationship.

, then you should seek help. You can call the
National Domestic Abuse Helpline
at a time that is safe.
Is never arguing unhealthy?
Savana Ogburn / Refinery29 for Getty Images
Getty Images
Bottling up your feelings isn’t good in any situation, and staying quiet can actually make things worse. As Kate explains,”if we never express ourselves fully to our partners we can hold onto feelings of resentment or irritation, and this can be more damaging for a relationship.”
Holding back on being honest with your partner also means you’re missing out on being vulnerable with them, which is important for strengthening your bond as a couple. Plus, it’s likely that your problems will build up and come to a head in an even bigger argument, says Kate.
How to argue better
1. Keep it logical
Try not to let your emotions take over the logic of the situation.”When we’re arguing, the area of the brain called the amygdala is activated, which causes an increase in stress hormones and makes our reactions more emotional rather than logical – and this can interfere with our ability to communicate clearly,” Kate explains.
So, if you can, try to stay focused on what’s happened, and that way your communication won’t be overridden by feeling angry or upset.
Rochelle Brock / Refinery29 for Getty Images
Getty Images
2. Use”I” statements
Avoid wholly placing the blame on the other person, as this antagonises them rather than creating a situation where you’re working together to solve an issue.”Starting statements with ‘You’ places direct blame on your partner’s behaviour, whereas saying ‘I’ takes that away and puts the emphasis on how
you
feel about it,” says Kate.
3. Don’t bring up the past
Keep the argument to one current topic, rather than drawing up past events.”Bringing up the past can get you stuck in a tennis match of ‘You did this, I did that,'” Kate explains,”but doing this will stop you from getting anywhere.

4. Listen and clarify what you don’t understand
“One of the biggest problems with conflict is misunderstanding,” says Kate, so make sure you’re 100% on what your partner means. You can do this by asking questions like:”Can I check that this is what you meant?” or”This is what I understood from that.” Making assumptions will only make an argument worse, so clarify and check things you’re unsure about.
5. Make requests rather than complaints
Try not to bring up problems without actually offering a solution.”Request that your partner tries to do things differently in future, rather than focusing on what happened in the past,” Kate suggests.”This gives you both the power to change what happens next.”
Tommy Starck / EyeEm
Getty Images
6. Take time out
It might be helpful to step away from an argument, calm down and come back to it. Kate recommends setting a 20 minute timer, as it stops the argument from dragging on.
7. Decide what is worth an argument
While arguing can be productive, you need to recognise which things you should let slide.”In relationships we will
always
do things that annoy each other,” explains Kate,”so let the small things go, like never putting socks in the laundry basket or not clearing coffee cups.”
Instead, Kate suggests giving each other”no-go areas” – small things that you let the other person off for.
How to make up after an argument
Listen to your partner’s side of the story and empathise with them. Phrase this by saying:”I can see how you felt like that,” or”I can see how it must have been like that from your side,” suggests Kate. If there’s something that you know triggers an argument, like feeling criticised, tell your partner so you can avoid it in future. However, some things you might need to agree to disagree on.
Like this article?

Gwyneth Paltrow Has Words for People Who Think WAP’ Or Her...