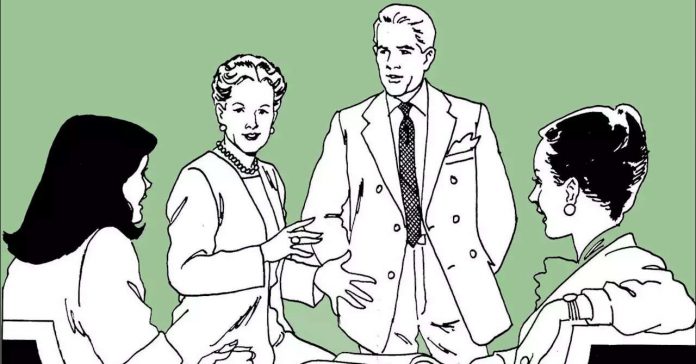 You need to set boundaries, and talk to her boss.

Photo: The Cut Dear Boss,
My new boss started here in January. My co-workers and I are upset and concerned over her complete lack of boundaries. It hasn’t gotten better as time goes on. I could write you a novel about all the stuff she does, but here are just a few examples to show what I mean:
1) My boss told us she’s trying to lose weight, and her goal is to lose over half her weight. She says my co-workers and I have to keep her accountable and make sure she stays on track. One time she was upset with the five of us for not “calling her out” when she had a doughnut with her lunch. If she strays away from her diet, she expects us to say something to her — but when one of my co-workers saw her eating a chocolate bar and reminded her about her diet, she got upset with him. None of us are comfortable with this because we can’t win, whether we say something or not.
2) Related to her diet, she told my co-worker Jane to write down everything she (Jane) eats and what she does at the gym because my boss wants to weigh the same as Jane does. Jane isn’t a dietician or personal trainer, and she has no experience with this kind of thing. Jane told us she doesn’t want to do this, that she thinks it’s off-putting and invasive, but our boss won’t take no for an answer. She has mentioned she wants everyone to shop for clothes together after she loses weight.
3) Our boss had a meeting with all of us because she wanted help with her online dating profiles, and she asked the men on our team what she could do to be more appealing. She has asked us about this more than once.
4) Our boss, my co-workers, and I all live alone. None of us have any children or dependents. All of us are single except one of my co-workers, Mark, who is moving in with his girlfriend next month. When our boss found out, she hid in her office for the rest of the day. At one of the mandatory after-hours bar trips she puts on for us, she cried and said Mark was breaking up our “single people’s club” and said over and over that she didn’t know his relationship was serious. She talks all the time about wanting marriage and kids.
5) She has all of our personal phone numbers and calls us at home after work and on weekends.
She should know better because she’s the director of HR. I could make a list of all the ways she crosses the line. If anyone says anything to her or doesn’t do what she wants, she gets upset.
She calls us her family and as you can see from the examples above, she gets way too personal with everyone. It is way over the line. No one is sure about going over her head to her boss because she reports to our VP of Operations. I have talked to my co-workers and no one wants to get fired for standing up to her or saying no to her requests. She doesn’t like it when we don’t go along with her.
Your boss is a nightmare.
You can’t make your co-workers assert themselves in the face of all this boundary-crossing, but you can set your own boundaries and stick to them.
That means:
1) When she asks you to “keep her accountable to her diet,” say something like, “Oh, I could never do that” or “I wouldn’t feel comfortable commenting on someone else’s food” or “I try not to think about dieting like that so I can’t help, sorry!” Say it in a brisk, matter-of-fact tone like of course she’ll accept that because any reasonable person would, and then change the subject.

(She’s not reasonable, but using that tone can be surprisingly effective.)
2) If she asks you for help with her online dating profile or for dating advice, say, “Oh gosh, I wouldn’t have the first idea. But I wanted to ask you about [work-related topic].” If she pushes, then say, “To be honest, I prefer to keep that stuff outside of work. Thanks for understanding!”
3) If she hides in her office and cries because someone has a significant other, ignore it.
4) If she talks about your “single’s people’s club,” ignore it.
5) If she talks about wanting marriage and kids, make vague noises like “mmm hmmm” and then change the subject.
6) If she calls you at home after work or on the weekend, don’t answer. Consider blocking her number or labeling it “don’t answer” in your phone. If she asks you about it later, say you often turn your phone off at night and over the weekend.
Ideally in this situation you’d be able to have a conversation with her, where you explain the boundaries you prefer to have at work. You could possibly do that here, but so far all signs point to her being an emotional child who won’t be able to handle that, or someone who will cry and sulk if you say something. Frankly, it might be fine for her to cry and sulk as long as she eventually pulls it together, but she sounds so juvenile that I worry if you’re the only one who calls her out, she’ll take her displeasure out on you in ways that will be bad for you professionally.
In fact, I’m concerned about her retaliating against the actions I just advised you to do as well, except you have far less of a choice there — it’s not a tenable solution to write her online dating profile and shop for clothes with her and take her evening phone calls, so you’ve got to put up those boundaries now. It just may not make sense to have the Big Conversation about boundaries as well, as opposed to being matter-of-fact about how you will not get involved, and just going about your business.
I do think you should consider talking to her boss, if you know her boss to be a generally reasonable person. A decent manager would be horrified to hear what your boss is doing and would intervene. You said no one wants to get her fired, but companies don’t usually fire managers on the spot for this kind of behavior — it’s far more likely that her boss will just talk to her and tell her to cut it out (and then she’ll probably sulk for a while and act terribly hurt, which is fine; you can ignore that).
But ultimately there’s no magic wand here. You’ve got to decide if you’re willing to set boundaries (on your own, if your co-workers won’t join you). If you’re not comfortable with confronting her, please know there’s no shame in that — sometimes with a boss who’s this out of her mind, it’s easier to just roll your eyes but not push back too much. You’re allowed to choose that path if it seems like the best one for you. But if you do want to try to push back, this has the most chance of success.
Order Alison Green’s book, Ask a Manager: Clueless Colleagues, Lunch-Stealing Bosses, and the Rest of Your Life at Work, here. Got a question for her? Email askaboss@nymag.com. Her advice column appears here every Tuesday.

How to keep your baby sleeping safely in hot weather

Ennio Morricone The Sound of the Movies