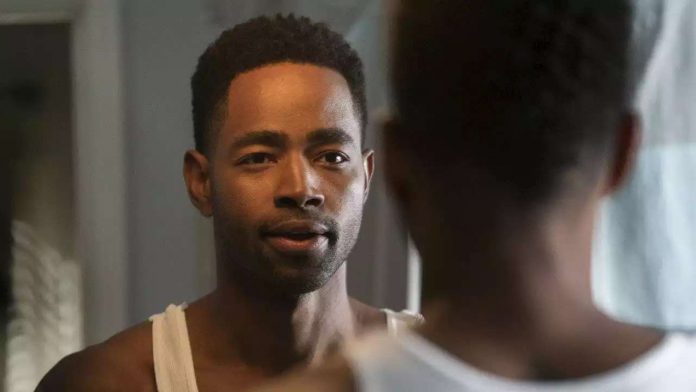 The 38-year-old actor opens up to ET about stepping into the director’s chair for the first time… and directing himself.

— but his reaction to getting the gig was still,”Wait, are you guys sure?”
This week’s episode of the HBO comedy,”Lowkey Trippin’,” went international, as Molly (Yvonne Orji) and Andrew (
Alexander Hodge
) went on a couples’ vacation to Mexico with his brother, Victor (Stephen Oyoung), and his wife, Lydia (Camille Chen). While the setting couldn’t have been more beautiful, things didn’t exactly go smoothly when Molly and Victor got into an argument over a hotel employee stepping out of line. The episode tackled topics like race and mental health all in front of a beautiful Mexican backdrop — where they really did film.
For three weekends in a row, Ellis found himself wrapping his acting scenes at 5 a.m. on Saturday, just to hop on a 6 a.m. flight to Mexico to location scout for
Insecure
. He’d see as much as he could of Puerto Vallarta, then take the last flight back on Sunday act again on Monday morning.
“The logistics of it were really, really tough. I’ll say that,” Ellis admits to ET.
Merie W. Wallace/HBO
Still, there isn’t a hint of negativity from the actor as he details the arduous production schedule he followed to direct Sunday’s episode. After all, directing wasn’t just a dream — it was something he worked long and hard for.
The 38-year-old spent his hiatus from
Insecure
taking three different directing courses at the University of California, Los Angeles. He shadowed Melina Matsoukas on the season two finale of
Insecure
, as well as Alec Berg, Mike Judge, Jamie Babbit on
Silicon Valley
. The list didn’t stop there. He shadowed Michael McDonald on
Brooklyn Nine-Nine
, Nzingha Stewart on
Black Monday
, and even approached Jordan Peele at dinner, asking to pick his brain for any tidbits of advice.
“I’m sure he thought I was about to beg him for a job,” Ellis cracks of their interaction, which worked out in his favor. They traded emails, and ended up sitting down for a conversation about Peele’s career, his transition to directing and how he approaches each project.
“He over prepares for everything,”
Issa Rae
told ET of Ellis stepping behind the camera.”Like, he’s been shadowing directors since season two, and before he even told me that he wanted to direct. He’s always had a passion for creating content… and he just did a really, really good job.”
“I also wasn’t in the episode that he directed. I did that sh*t on purpose,” she added with a laugh.”But I was alongside him, and he was phenomenal.”
Rae may have had the luxury of excusing herself from acting in Ellis’ directorial debut — but he didn’t. In an interview with ET, Ellis discusses his ambitious first time in the director’s chair, how he managed the gymnastics of directing himself, and what’s up next.
ET: You make your directorial debut in Mexico — where there challenges to shooting in another country as a first-time director?
Jay Ellis:
Once we got to Mexico, I was done as an actor [on
Insecure
‘s fourth season]. I was just focused on directing. I had a hell of a crew around me. We brought all of our department heads with us, and then we had a Mexican production company who came from Mexico City that we worked with also. They were great, they were fully up to speed. They had everything we needed and we were easily able to communicate with them.
For all the challenges that were there, I’d say that I felt like we never got thrown off. It felt like we always were able to adapt pretty easily and still get what we needed, which made me feel really, really good. I don’t think we had to sacrifice anything, and I think we got more than what was expected of us to get. HBO was like,”Listen, we got four days, that’s it. Don’t ask for no more!” But we were able to get it all done.
Merie W. Wallace/HBO
Issa told ET she felt your transition to directing was seamless — did you feel like you were prepared?
I was really, really lucky to have a lot of people show me their process and let me shadow them in their journeys, so by the time I got to my episode, I had a lot of theory, and it was really just time to dig in.
So, I broke my script down. I probably read it every other day and would break it down in a completely different way every single time, just trying to figure out how to maximize and be efficient and effective with the story and what styles to use to tell the story and also put my own vision on it while still respecting the vision and the language of
Insecure.
A lot of first-time directors don’t like to direct themselves, but Molly and Andrew run into Lawrence at the end of the episode — what was that like?
It’s funny.

. I was so hyped about shooting the terminal scene because my mom is actually in that scene as well. I had all these fun shots that I was like,”Oh, this is going to be great. It’s going to cut together like this and I can completely see it. And we’re going to track with her and we’re going to follow the bag and we’re going to go overhead.” And I just got so lost up and excited in shooting that [that I forgot I needed a haircut to appear as Lawrence].
We get into the scene, and my stand-in is a guy named Mo Johnson… he’s literally like a brother to me, so I think he knows me well enough. He can anticipate a lot of times what some of my choices may be. I watched him actually block the scene, because I wanted to just be able to have an objective view of it… and then I got in and actually blocked it for myself and started to feel around and change a little bit for what made sense to me in that moment.
My DP, Michelle Lawler, and my producer on the episode is one of our EPs, Amy Aniobi, they were behind the monitor. I actually did not go back and watch any of it. I didn’t watch playback, I 100 percent trusted them.
Wow, you didn’t watch any of it?
It’s for two reasons. A, I know Amy has such a strong point of view, and I’ve worked with her on so many episodes. I know if anything is off, she’s going to come and tell me. And then Michelle, as my DP, it’s just an eye that I trust. We set the shot up, we blocked it a ton, we scouted it. We knew exactly what we wanted to get, so we weren’t being surprised with anything there. So, she knew exactly what that was. I just felt very prepared. I felt like I was in good hands.
And part of the reason I didn’t go watch it is because I didn’t want to watch myself in the moment and then tell myself as the director,”You need to go do this,” and then have to go actually execute it at the same time.
There were a couple of times when the coverage was on me, but I was actually thinking about the note that I wanted to give Yvonne or Alexander for their coverage. And I was like,”Oh, I can’t do this. I don’t see how people do this. I can’t do this!”
Merie W. Wallace/HBO
But you did it! And the episode also ends on you, with Lawrence making plans to presumably get together with Issa. What can you tease about what’s ahead for them this season?
I don’t think we know who that phone call was to, but I think we could assume that it was to her. And I think Lawrence may still have some questions bouncing around in his head that haven’t been resolved from episode four. He didn’t get a chance to really shoot his shot if you will, because she got interrupted when she found out her headliner on the Block Party dropped out. So, I think there might still be a little bit of that.
Also, he was up in San Francisco, so I think he might have news about what he was doing up there. So, there may be some things that he wants to just talk to her and express and see how she’s feeling and see what she thinks about it.
I know people say they want to see them back together, but I think they’re at this place in their relationship where they realized that even though they are not together, they know each other so well that they could pick up the phone and call each other and have a conversation with each other about something in their lives, professionally, especially where they just need perspective. They just need an honest opinion and they know that each other will give that to them, because they truly want the best for each other in that way. So, I think that is also something that’s floating in his brain when he makes that call.
You’re in
and have
Top Gun: Maverick
coming up, but what’s up next for you as a director? What can fans expect from you going forward?
I definitely want to do a feature, that’s very much locked in for me. It’s funny, as I read scripts, I read something once as an actor and if I like it as an actor, sometimes I’ll go back and I’ll read it again, and I’ll think of it as a director and how that movie would be put together.
I think part of that is me really trying to hone in on the stories I want to tell as a director before I have to actually make that decision, or before I’m actually locked into something. So, I’m just enjoying that process.  [Whatever I direct has] got to be something that makes people laugh. I love comedies, so it’s definitely going to have some levity to it, for sure.
Insecure
airs Sundays at 10 p.m. ET/PT on HBO.
GET THE ET NEWSLETTER

Will ‘Old Town Road’ Break the All-Time Hot 100 Record? Everything...