Home Woman The best period dramas on Netflix that are perfect for a spot... 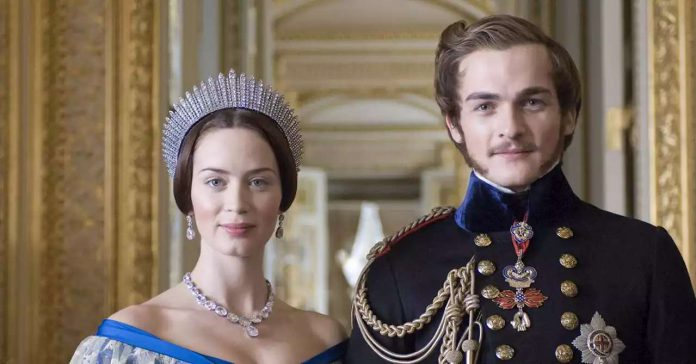 The comfort food of our screens.

.
Pride and Prejudice
A period drama favourite, this six-part 1995 BBC special was one of first dramatised versions of Austen’s most famous novel and still considered one of the best. That famous scene of Mr. Darcy (aka Colin Firth) emerging, drenched from a lake is still talked about today and made Firth a household name. A six-hour binge-watch session? Hell yes.
Poldark
We might not be allowed to travel to Cornwall right now but we can sofa surf there with some much-needed Poldark therapy starring many a scenes of topless, tanned and v. muscly Aidan Turner as Ross Poldark. He’s a British Army officer who returns to his home in Cornwall from the American War of Independence only to find that his fiancée Elizabeth Chynoweth believed him dead and is about to marry his cousin Francis.
Colette
In this 2018 film, Gabrielle Colette (Keira Knightley) marries successful Parisian writer Henry Gauthier-Villars, known commonly as “Willy” (Dominic West) and is transplanted from her childhood home in rural France to the intellectual and artistic splendor of Paris. Soon after, Willy convinces Colette to ghostwrite for him. Colette, in turn, pens a semi-autobiographical novel about a witty and brazen country girl named Claudine, sparking a bestseller and a cultural sensation.
The Crown
If you’ve not had a chance to catch any of Netflix’s most expensive original drama to date – now is the time, people! With a £100 million budget, this is a on-screen spectacle of a drama delving into the personal lives and controversies of the Royal Family.

The first season opens with Claire Foy as a young Elizabeth who steps into the monarch’s burdened role and the dazzling Vanessa Kirby as Princess Margaret, with the latest season starring Olivia Coleman and Helena Bonham Carter.
North & South
An adaptation of Elizabeth Gaskell’s spunky and passionate story about the privileged Southern belle Margaret Hale (Daniela Denby-Ashe) who is forced to move to the grim industrial town of Milton. She’s immediately appalled by the harsh working conditions at the local mill and by its owner, John Thornton (Richard Armitage) but it doesn’t stay that way for long….
Sense and Sensibility
There’s nothing like the gentle lull of a bit of Austen. Ang Lee’s 1995 classic sees Kate Winslet (who scooped her first Oscar for the role) starring alongside the formidable Emma Thompson as the Dashwood sisters. The storyline follows the lives of the Dashwood sisters whose social position changes after the death of their father. They’re forced out of their family home into a new life in the countryside where they meet several dashing suitors – played by Alan Rickman, Hugh Grant and Greg Wise.
Lady Chatterley’s Lover
Oh hello, Richard Madden! If, like us, you’re missing
The Bodyguard
star, fear not, he’s in this BBC version of D.H. Lawrence’s racy novel that was once banned in America. Madden plays the hunky gardener, Oliver Mellors and Holliday Grainger stars as Lady Chatterley. Totally up for 1.30hr of naughtiness.