Home Woman Too Hot to Handle’s Bryce Hirschberg and Nicole O’Brien Split After ‘Many... 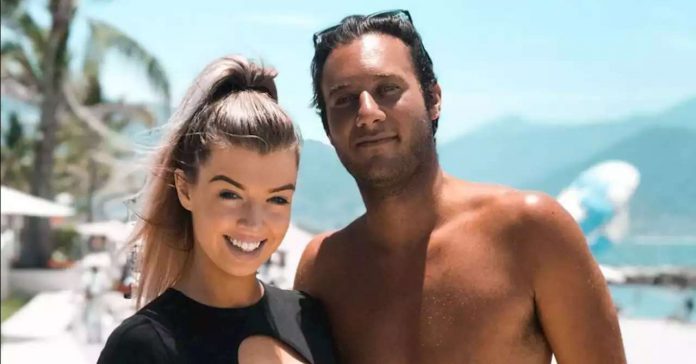 ‘After the many failed attempts to reunite due to quarantine and border restrictions, we decided that moving on and remaining friends would be our best option for the time being,’ Bryce Hirschberg tells PEOPLE

Bryce Hirschberg and Nicole O’Brien
Bryce Hirschberg/Instagram
Too Hot to Handle
’s Bryce Hirschberg and Nicole O’Brien have called it quits.
Although Hirschberg, 30, and O’Brien, 23, didn’t pursue a relationship on the steamy Netflix dating show, the pair began dating after the cameras stopped rolling — and only went public with their romance in April, after the show started airing.
Get push notifications with news, features and more.
+
Following
You’ll get the latest updates on this topic in your browser notifications.
However, as Hirschberg lives in Marina Del Rey, California, while O’Brien splits her time between Ireland and London, they ultimately made the decision to split.
“I can confirm that Bryce and Nicole decided mutually to split early last week after months of trying to make a long-distance relationship work,” Zack Teperman, a rep for Hirschberg, tells PEOPLE exclusively.

Hirschberg also tells PEOPLE he feels they missed out on what could have been an “amazing relationship.”
“After the many failed attempts to reunite due to
quarantine and border restrictions
, we decided that moving on and remaining friends would be our best option for the time being,” he says. “Nicole is so lovely and if under less unusual circumstances I’m sure that we could’ve had an amazing relationship! I wish her the best because she deserves it.”
A source also tells PEOPLE that Hirschberg, “was spotted flirting with other women at his recent
30th birthday party
last week in Los Angeles.”
In honor of his milestone birthday, the reality star partied on a boat with a group of friends, which included his costar