Home Woman Woman Strips in Middle of Post Office to Use Underwear as Mask... 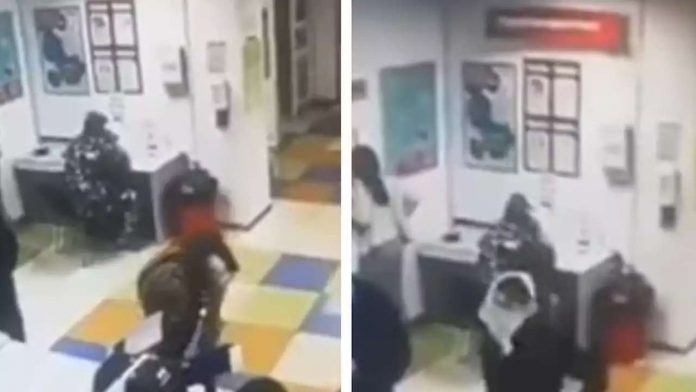 The room full of customers around her barely seem to have noticed her wardrobe re-function.

View Story
According to local media reports, the employee then acquiesced to her request.
The post office confirmed the incident, and said it had no problem with the behavior of the client.
It did however have a problem with the leaked footage; an internal audit tracked down the employee who filmed the security footage on their mobile phone, whose dismissal from the company is now under consideration.
The company did not say which — if any — of the people heard giggling while watching the recorded footage is the one whose job is on the line.
To date, Ukraine has recorded almost 22,000 cases of COVID-19, and 658 deaths.
Got a story or a tip for us? Email TooFab editors at

What It’s Like to Give Birth in a Refugee Camp